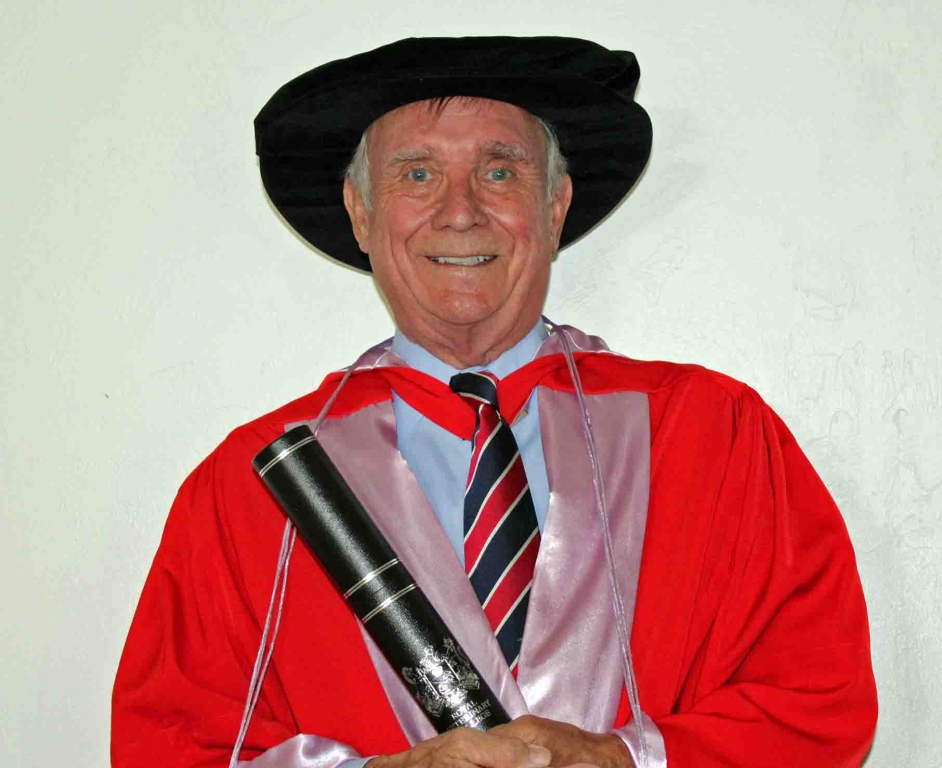 Past WSAVA President Receives Honorary Doctorate From The RVC

Professor Colin Burrows, President of the WSAVA between 2013 and 2016 and a member of its Executive Board for many years, has been awarded an honorary doctorate from the Royal Veterinary College (RVC) in London, in recognition of his service to the veterinary profession globally.

British-born Dr Burrows, an alumnus of the RVC, received a PhD in comparative medical sciences from the University of Pennsylvania in 1980 and joined the University of Florida in 1980.  A board-certified veterinary internist, his specialty was the study of canine and feline gastrointestinal, hepatic and pancreatic disease.

Dr Burrows has always maintained a global outlook – he was Program Coordinator of the North American Veterinary Conference between 1984 and 2002, becoming its Chief Executive that year. He later became Emeritus Editor in Chief of Clinician’s Brief, the WSAVA’s official practice journal, and Editor in Chief of its Global Edition, which is available free of charge to WSAVA members.  He is also passionate about education, not only for veterinary students but also for veterinary practitioners, particularly those in countries in which companion animal practice is still emerging.

Receiving his honorary doctorate during an online ceremony as part of the 2021 graduation ceremony in July, Dr Burrows thanked the RVC for the honor it had bestowed on him and congratulated this year’s graduates as they started out on their careers. “It used to be all about the animals, “he said, “but now it is about animals, people and the environment. It is all about One Health. “

“As you review each stage of your career, ask yourself – did I make a difference?” he told them: “because that is what being a vet is really all about.”

Current WSAVA President Dr Siraya Chunekamrai said: “Dr Burrows has made an immeasurable contribution to the WSAVA, as he has to the many veterinary associations he has freely given his time to during his distinguished career. We count ourselves very lucky and congratulate him on this well-deserved honorary doctorate.”