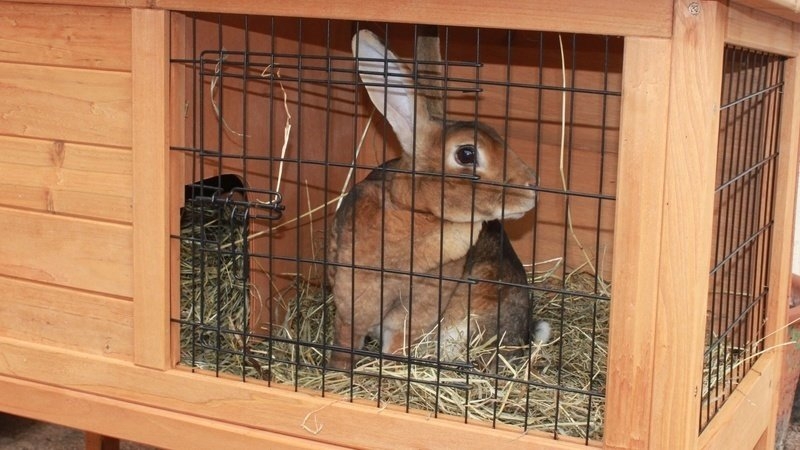 Rabbit in a small hutch

Largest UK rabbit charity calls for change in the law as 25% (230,000) of pet rabbits are kept in woefully inadequate housing conditions

As a member of the Rabbit Awareness Action Group (RAAG), the trusted voice for rabbit welfare in the UK, RWAF is now calling on the UK government to enshrine in law the first Good Practice Code for rabbits’ welfare in England, and mandate a legal housing size for pet rabbits that provides them with the space they need to exhibit their natural behaviours.

Rae Walters, director at RWAF, said: - “Whilst we are incredibly pleased that so many people have been moved to sign our petition, we still have much work to do. Until we see a change in the legislation with the adoption of the good practice codes for the welfare of pet rabbits, it remains the case that hundreds of thousands of pet rabbits in the UK are housed in dreadful conditions where they can’t express their natural behaviours.

“These poor creatures are often stuck in a tiny hutch for 24 hours a day where they can’t even stand up straight. They are forced to eat, sleep and toilet in the same cramped space which is both physically and emotionally crippling to pet rabbits, resulting in damaging effects on their health and wellbeing – and even premature death.

“Many people don’t realise that although there is a legal housing size requirement for meat and laboratory rabbits, there is currently no law for keeping pet rabbits. Until unsuitable accommodation is removed from sale, people will continue to wrongly believe that a small hutch in the garden will suffice," Rae added.

Some of the issues directly caused by small rabbit hutches include:

Through its involvement in RAAG, RWAF is throwing its support behind this year’s Rabbit Awareness Week, the UK’s largest welfare campaign of its kind. The theme of this year’s campaign is Room for Rabbits, which aims to throw a spotlight on rabbits’ environment, and follows research that 38% of vets think rabbits’ environment is the most neglected welfare need[1].

RWAF is urging rabbit owners and passionate animal welfare campaigners to continue to sign and share the petition to raise awareness of one of the biggest issues negatively impacting the lives of pet rabbits throughout the UK. To sign the petition, please visit https://www.change.org/p/zac-goldsmith-mp-ban-harmful-rabbit-hutches-and-introduce-new-law-for-minimum-housing-sizes

More from The Rabbit Welfare Association and Fund