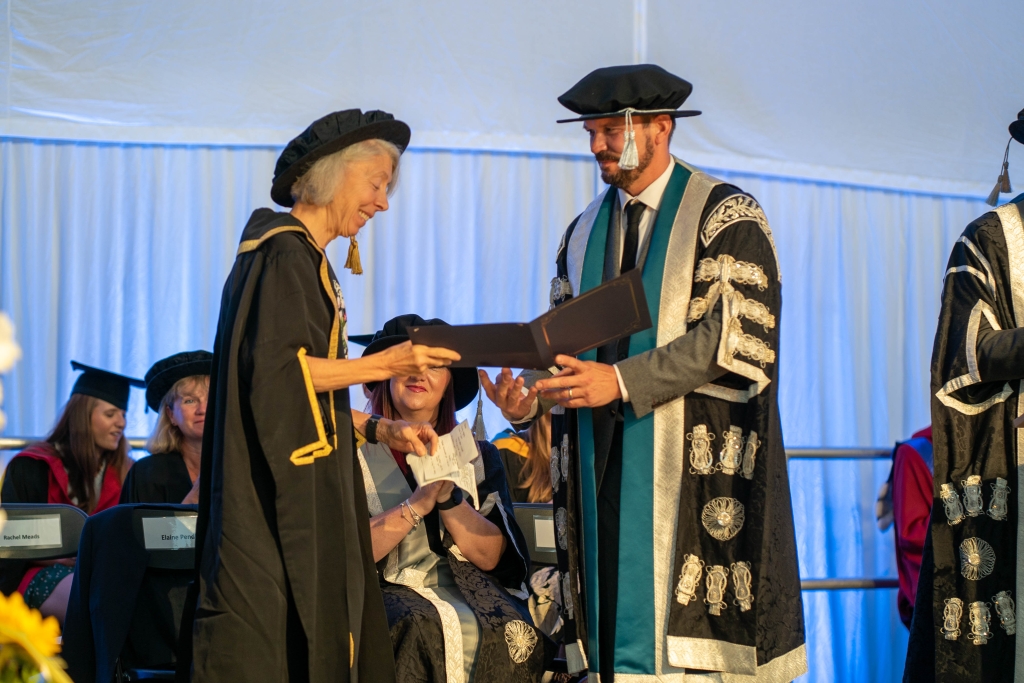 Elaine Pendlebury has been awarded an honorary degree by Writtle University College in Essex.

Elaine Pendlebury worked as a small animal veterinary surgeon for nearly 40 years. She spent her career with PDSA veterinary charity where, in addition to clinical work, she educated adults and young people on the importance of responsible pet ownership.

Writtle University College’s Vice-Chancellor Professor Tim Middleton said: "We were delighted to confer honorary awards as part of our graduation ceremony. Elaine Pendlebury is an inspiration to our students and has made incredible contributions to the animal sector.”

Elaine’s writing and her radio and television appearances highlighted vital animal welfare issues and she worked with government departments on various tasks, such as the development of Codes of Practice relating to the Animal Welfare Act.

Elaine said: “I’m deeply honoured by the award that Writtle University College has bestowed on me.  It has been my privilege to play a small part in the on-going development in this unique organisation.”

Writtle University College offers further and higher education courses in animal management and science. Its spacious countryside campus is home to a specialist animal unit, which is home to dozens of species including capybaras, alpacas and emus, wallabies and a wide range of reptiles.

For more information go to writtle.ac.uk/animal