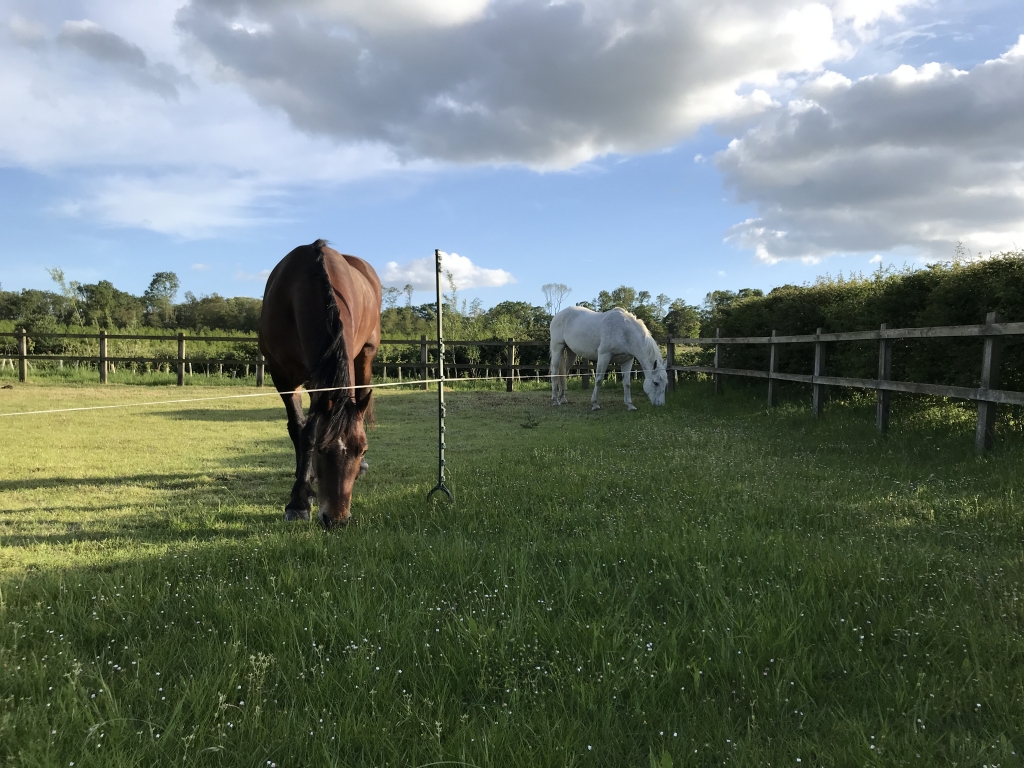 Weigh To Go: New SPILLERS™ Research Suggests That The Amount Of Weight Ponies Lose When Dieting May Be Linked To Their Gut Microbes

Weigh to go: New SPILLERS™ research suggests that the amount of weight ponies lose when dieting may be linked to their gut microbes

Managing the weight of some horses and ponies, to prevent obesity and the associated health risks, can be difficult but a new study has given us a better understanding of why this may be particularly challenging for some. The latest research shows how individual ponies differ in the abundance of specific faecal bacterial populations that may allow them to increase their ability to digest fibre, thereby losing less weight when on a diet. The work, thought to be the first of its kind in this area, also raises the possibility of predicting weight-loss success by analysing the faecal microbiome of individual animals.1

Dietary restriction is recognised as the most effective way to achieve weight loss, but research has previously shown that not all horses and ponies lose weight at the same rate.2

“Associations between obesity and the composition of the gut microbiome have been identified in humans and dogs,” said Clare Barfoot RNutr, Marketing and Research and Development Director at SPILLERS™. “Work in human medicine has also shown that weight-loss achieved through dietary restriction or by surgical methods in humans can induce significant alterations in the gut microbiome composition.”

The study Equine gastrointestinal microbiome: impacts of weight loss, was carried out by researchers at Liverpool, and Aberystwyth Universities plus Scotland's Rural College, in collaboration with SPILLERS and the WALTHAM™ Equine Studies Group. It aimed to establish if the microbiome may have an impact on weight loss in equines.1

Faeces were collected and evaluated during the same 11-week time period, from a total of 15 obese Welsh Mountain pony mares, over two years. Eight ponies were studied in year one and seven different ponies in year two. The ponies were fed the same restricted forage diet. Faeces were sampled before and during the final three days of their diet to determine bacterial community composition.

The results showed significant individual variation in how much weight was lost, with an almost two-fold difference in the percentage of weight loss achieved by those losing the greatest and least amounts of weight. The results were similar to a previous study conducted by the same research group.2 However, the new study also showed that losing less weight was associated with greater pre-diet faecal bacterial diversity and lower pre-diet faecal acetate concentration, in addition to associations between the abundance of specific bacteria that aid in fibre digestion and subsequent weight loss.

“This study adds important information to our obesity prevention toolbox,” said Clare. “Identifying that the faecal microbiome may have a role in the capacity for ponies to lose weight gives us a baseline for future research; our ultimate aim being to effectively predict weight loss success and instigate appropriate management programmes. By doing so we can identify animals in need of stricter management at the start and also help ensure more weight-loss sensitive animals are not excessively restricted.”

SPILLERS continues to collaborate with researchers around the world to find the safest and most effective ways to support weight loss. Recent studies have shown:

§  Grazing muzzles can be effective: Whilst they can reduce intake by up to 80% in ponies turned out for 3 hours and reduce the rate of weight gain when worn for 10 out of 23 hours at pasture the results are highly individual. On this basis those wearing a muzzle for only part of their time at pasture will need close monitoring because they may gain weight and it may increase the risk of laminitis. For this reason, non-grass turnout or stabling for the remainder of the day, when not wearing a muzzle, may be more appropriate.4

§  Wearing a muzzle doesn’t increase physiological stress levels: new research has shown that muzzling miniature horses while on pasture for 24 hours a day resulted in a small loss of bodyweight but had no observed impact on several parameters associated with physiological stress.5 However, SPILLERS does not recommend using muzzles continuously.

If you would like any specific advice on feeding a horse or pony prone to laminitis please call the SPILLERS Care-Line on 01908 226626.