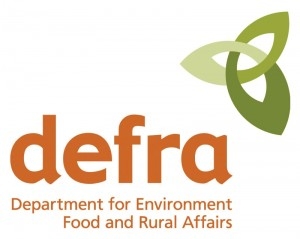 The Chief Vets from England, Scotland, Wales and Northern Ireland are urging bird keepers to maintain and strengthen their farm biosecurity measures in order to prevent further outbreaks of avian influenza in the UK.

As of today (6 November) the risk level of avian influenza incursion in wild birds in Great Britain has been raised from ‘medium to ‘high’ following two unrelated confirmed cases in England this week and increasing reports of the disease affecting flocks in mainland Europe.

All bird keepers are being urged to prevent direct or indirect contact with wild birds, with the risk of infection of poultry in Great Britain also being raised from ‘low’ to ‘medium’. Wild birds migrating to the UK from mainland Europe during the winter period can spread the disease to poultry and other captive birds.

Northern Ireland’s risk of avian influenza incursion remains medium for wild birds and low for poultry, but is being kept under constant review.

A statement from the UK’s four Chief Veterinary Officers said:

Following two confirmed cases of avian influenza in England and further cases reported in mainland Europe, we have raised the risk level for incursion to Great Britain from migratory birds to high. We have also raised the risk level for the disease being introduced to poultry farms in Great Britain to medium. While Northern Ireland’s risk level is currently medium for wild birds and low for poultry, the situation is being kept under constant review.

We have acted quickly to prevent the spread of disease at both sites in England and are continuing to monitor the situation closely. Bird keepers should remain alert for any signs of disease and report suspected disease immediately.

It is important now more than ever that bird keepers ensure they are doing all they can to maintain and strengthen good biosecurity on their premises to ensure we prevent further outbreaks.

The UK has robust biosecurity measures and monitoring in place to prevent the disease spreading in this country and the risk of transmission of avian influenza viruses to the general public in the UK remains very low.

There are some simple measures that all bird keepers, whether they are running a large commercial farm, keeping a few hens in their back garden, or rearing game birds, should take to protect their birds against the threat of avian flu in the coming winter months.

The Government continues to monitor for incursions of avian flu and is working with the poultry and game bird industries; hen rehoming and pure and traditional poultry breeds stakeholders to help reduce the risk of disease.

The government’s outbreak assessment following the two confirmed cases in England can be accessed here.

Avian influenza of the H5N2 strain was first confirmed on Monday (2 November) in a small commercial poultry premises in Kent where a 1km Low Pathogenic Avian Influenza LPAI Restricted zone has been put in place all birds at the small mixed species commercial premises have been humanely culled to limit the spread of the disease.

A separate and unrelated case of avian influenza of the H5N8 strain was later confirmed at a site in Cheshire and 3km Protection Zone and 10km Surveillance zone were put in place and all 13,500 birds at the farm have been humanely culled. Testing has confirmed this is a highly pathogenic strain related to the virus currently circulating in Europe.

There have also been a number of confirmed reports of avian influenza in wild birds including geese and swans in the Netherlands and north of Germany in recent weeks. These wild birds are all on the waterfowl flyway from breeding grounds in western Russia, where the H5N8 strain was reported in poultry in mid-October.

Avian Influenza is in no way connected to the COVID-19 pandemic which is caused by the SARS-CoV-2 virus which is not carried in poultry.