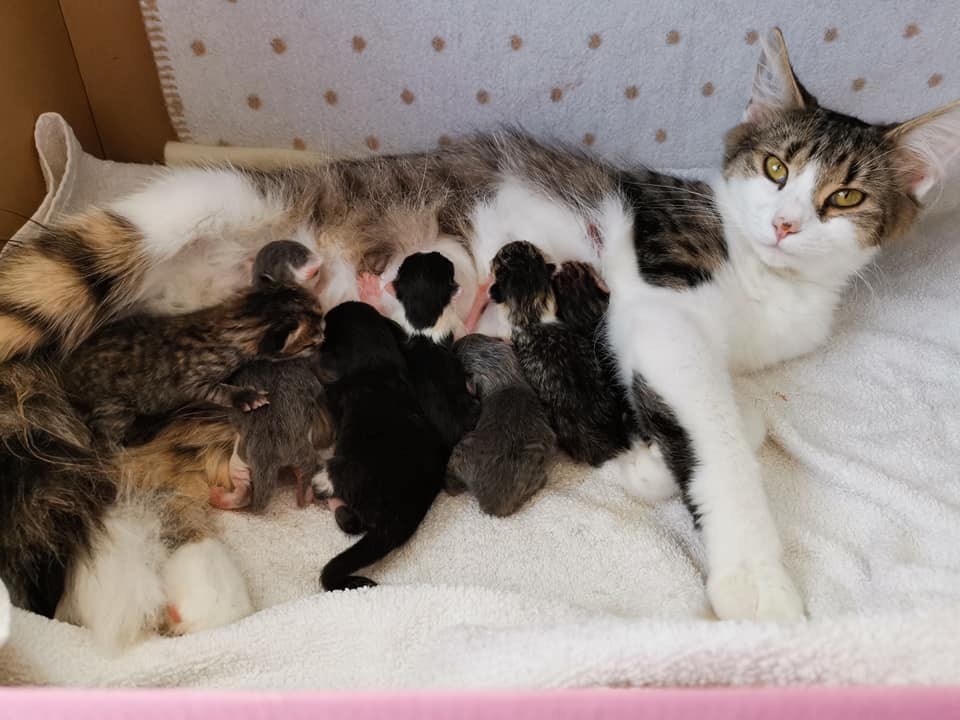 Misty the cat feeding her kittens

Independent pet food manufacturer, Burgess Pet Care, is pleased to support World Spay Day (22 February), which aims to reduce the number of unplanned cat litters, as research from the PDSA estimates that 70% of all UK cat litters are unplanned.

Burgess is joining several UK animal welfare charities in raising awareness among owners of the importance of female cats being spayed at four months, as well as neutering male cats to prevent unwanted pregnancies. Initiatives include a competition on Burgess’ social media pages to raise awareness about neutering and its benefits, myth busting advice on its blog, and a discount on its award-winning neutered cat food.

“There's often a rise in the number of unwanted litters during what has become known as ‘kitten season’, which typically runs from April to late Autumn. This puts even greater pressure on rescue centres and sadly far too many kittens do not find a home.

“Many owners are often unaware that it is advised to have their cat neutered at four months old. Not only is it the responsible thing to do as an owner, but it’s actually the kindest thing you can do for them. Neutering is a simple operation that will not only stop unwanted pregnancies, but also benefit cats’ overall health and wellbeing, helping to protect them against nasty diseases and some cancers. Neutering also protects female cats against risks associated with pregnancy, whilst neutered male cats are less likely to end up injured from fighting or stray from home.

“We hope that by highlighting these issues on World Spay Day we can help to raise awareness and reduce the number of unwanted litters dramatically for cats and all pets.”

A ‘purr-fect’ ending for Misty at Yorkshire Cat Rescue

Burgess has supported Yorkshire Cat Rescue for a number of years with generous food donations. The neutering procedure is hugely important to the rescue centre and no rescue cats leave Yorkshire Cat Rescue’s care without being neutered. Having heard about Misty, who arrived at the rescue pregnant, Burgess wanted to share her story on World Spay Day:

Misty gave birth to nine kittens but sadly two were stillborn. Misty was very tiny when she arrived at YCR and at first the team weren’t even sure she was pregnant.

Misty and her babies spent some time in foster care and happily this litter will be Misty’s last. YCR will be neutering Misty so that she can live the life she deserves as a happy, healthy independent cat.

Warwickshire. United Kingdom
Jenna is working with a PDSA branch based in Aston with a Locum vet job available. The PDSA is the UKs leading charity vet organi...

Scotland. United Kingdom
PDSA Aberdeen is looking for a S/A locum vet to join their passionate and dedicated team from the beginning of November:** Ongoing role (any...

Warwickshire. United Kingdom
Jenna is working with a PDSA branch based in Coventry with a Locum vet job available. The PDSA is the UKs leading charity vet organisat...