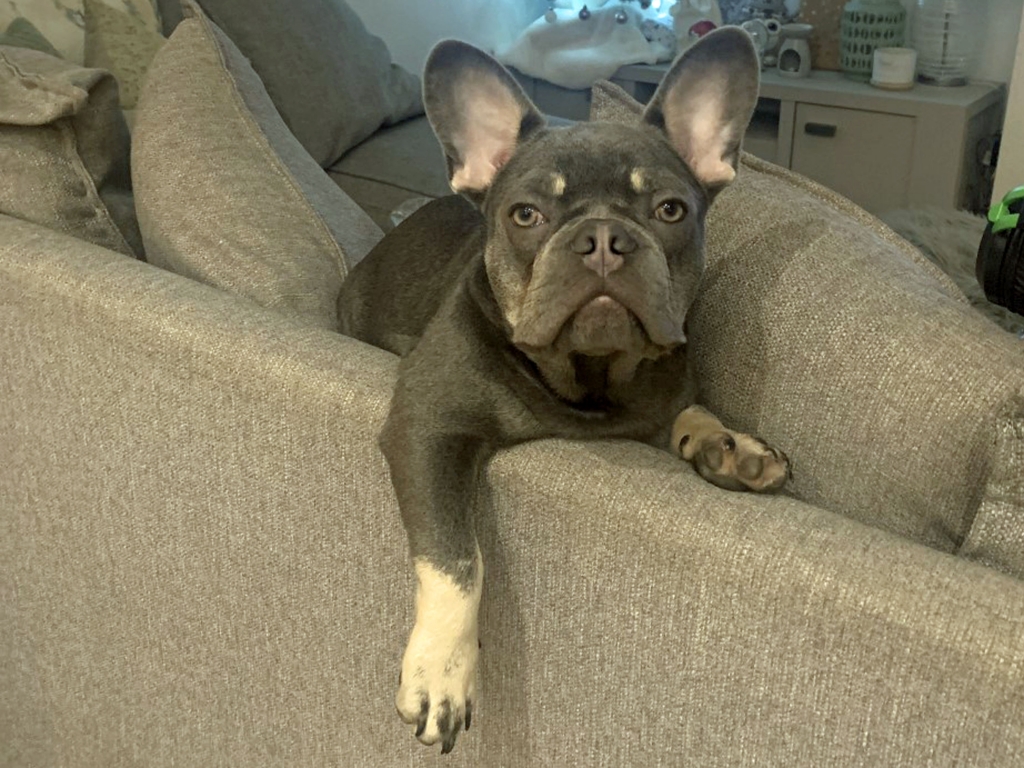 Specialist treatment at a leading animal hospital in the West Country has helped save the life of a young puppy stricken by salmonella and septicaemia.

Barry, a three-month-old French bulldog, quickly rediscovered his joie de vivre after receiving expert care at Cave Veterinary Specialists, near West Buckland in Somerset, which is part of Linnaeus.

His lively nature now is in stark contrast to the sick, lethargic puppy that was referred to the experts at Cave, with Barry vomiting, passing blood in his urine and suffering from a high fever.

He was found to be suffering from severe splenitis, which required an operation to remove the spleen.

Lucy said: “Barry was hospitalised straightaway and responded well when given antibiotics and supportive care.

“His fever cleared, he was a lot brighter and he was eating well again so he was able to go home to his owners in Plymouth.

“However, as soon as his treatment was completed, he started to decline again, losing his appetite and energy, struggling to breathe and was laid low again by fever.”

Barry returned to Cave for more tests and analysis which revealed an accelerated heartbeat and an enlarged spleen and liver.

“An abdominal ultrasound scan revealed the spleen was enlarged and there were multiple, irregular, solid nodules throughout the organ’s tissue.

“The liver appeared enlarged, the stomach and colon were distended and several loops of bowel appeared distended with fluid.

“These findings were consistent with severe splenitis - an enlargement and inflammation of the spleen caused by a mixed and extremely reactive bacterial infection such as salmonella.

“This was an unusual case but the solution was clear. We needed to operate to remove the spleen and so Barry underwent surgery with one of our surgical specialists Malcolm Jack.

“The operation went very well and Barry made a good recovery. He was discharged soon afterwards and has been doing very well at home.

“He is eating well, is very bright and his owners now have no concerns at all.”