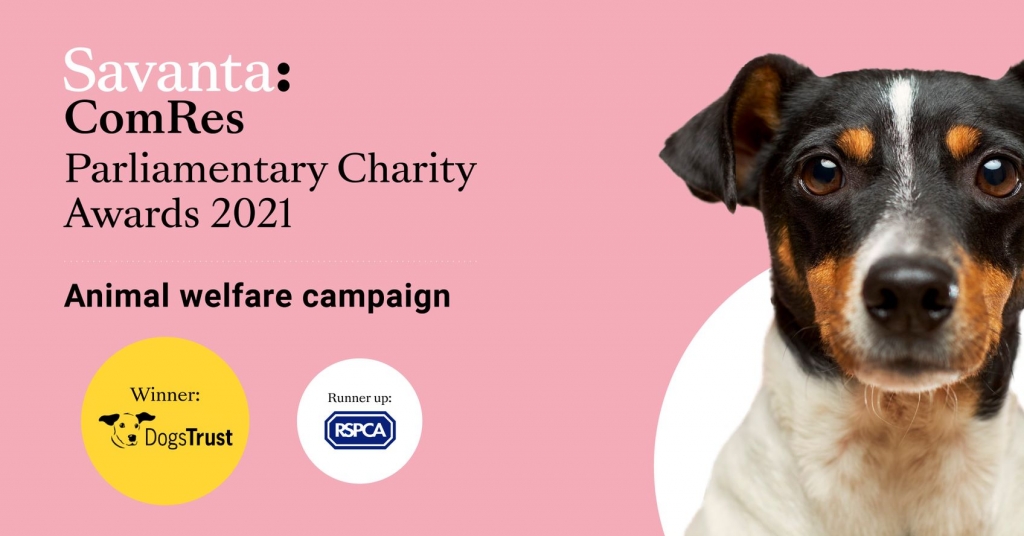 The final shortlist and winners of the annual Savanta ComRes Parliamentary Charity Awards have been announced, with Dogs Trust collecting the sought-after accolade for a second time running for its continued work tackling the issue of puppy smuggling.

The awards, run by Savanta ComRes, recognise the campaigning charities that lead their field in communicating with parliamentarians across eight categories.

“We are absolutely delighted to have won an award in such a prestigious category. Given that these are the only Parliamentary awards which are voted for by MPs themselves, our success really is testament to the hard work of the team and charity as a whole.

“We faced tough competition, so it’s fantastic to get recognition for our longstanding work – especially during a very difficult year - on putting an end to the cruel puppy smuggling trade and many other issues to ensure the welfare of dogs is always taken into consideration by policy makers.

“We’ll continue our political work across the UK and are looking forward to the awards next year already!”

The charity launched a parliamentary Puppy Smuggling Taskforce in October 2020 and over 50 MPs from across the political spectrum have already pledged their support. Alongside this, Dogs Trust’s fifth Puppy Smuggling investigative report was published. The report revealed brand new research looking into online advertisements for puppies and outlined what the Government can do to end the suffering of smuggled dogs.

Dogs Trust’s Public Affairs team engage with policy makers in Westminster, Scotland, Wales, Northern Ireland and the European Union with the aim of improving any legislation that impacts on dog welfare.