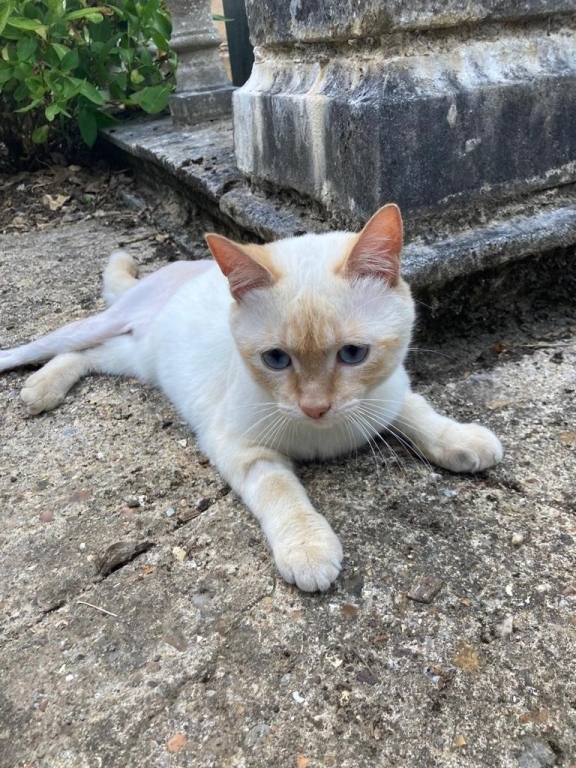 Incredible Story Of Cat Rescued From Ukraine And Healed In UK

A Ukrainian woman, given refuge in the UK from the war with Russia, has described the incredible rescue and recovery of her badly injured cat from the frontline battle zone.

Svetlana Ryzhevska, known as Sveta, was forced to leave 10-month-old Lyova – now known as Leo – behind when she fled with her children after the Russians attacked their hometown of Chernihiv in northern Ukraine.

But she refused to give up on the cat she’d nursed as a sickly kitten, and went to extraordinary lengths to bring him to Britain, where he has been successfully treated by leading vets West Midlands Referrals (WMR) in Staffordshire, part of Linnaeus.

Sveta, now safely re-settled in Lincolnshire, explained: “Lyova is a very young cat but has a big story already. In October 2021, he was found in the street – tiny, hungry, with lots of fleas, rickets and with his pelvis broken in two places.

“I took him in and he was my little happiness. I looked after him and he gradually recovered but then on February 24, at 5am, the war started.

“I heard the sound of a Russian rocket as it flew through the city and we ran down to the basement where we sheltered for several days.

“It was completely scary in the city. We didn’t have any shops open so there was no food and there was no water, gas or electricity as all the pipes and lines had been bombed.”

Sveta and 12-year-old son Oskar had to dodge heavy shelling and rifle fire as they escaped in a convoy of cars before heading towards Kiev, where they picked up her daughter Rita who was studying in the capital.

The plan then was to push on to Poland but first Sveta needed to organise the escape of her sick parents Vasyl and Luba and, of course, her precious cat.

She added: “Thankfully, I found an evacuation bus to take my parents out of the town but Lyova was the most difficult to get out.

“At first, no-one wanted to pick him up or to put him on the bus and I thought I would never see him again, but suddenly there was a man who agreed to bring him for money.

“With the bus full of people, he went searching for my cat, even though everyone on board was against spending time on rescuing a cat while they were being bombed.

“The man eventually found Lyova and, three days later, I finally got to hug my parents and my Lyova. He was injured, though, all wounded and dirty but at least he was safe.”

After a nerve-racking wait for UK visas, Sveta and family finally made it to England as part of the government’s Homes for Ukraine programme, and are now living with their sponsors Kate and David Armes in Stamford.

The Armes family immediately helped Sveta organise a vet to exam the extent of Lyova’s injuries, which revealed the little cat had suffered a fractured femur.

He was referred to Linnaeus-owned WMR, in Barton Under Needwood, near Burton on Trent, where clinical director Jon Mills operated to successfully repair the damage free of charge.

Jon said: “Lyova presented with a left mid-shaft transverse femur fracture which was pinned, fixed with a locking plate with three screws proximal and distal.

“Lyova recovered well from the surgery and is mobile and comfortable again, continuing his rehabilitation back home with his family.”

A grateful Sveta said: “When the vets told us the diagnosis, we were very shocked!

“Jon said Lyova needed an urgent operation which we couldn’t afford – never in our lives!

“But the vets were amazing, absolute superstars. When they knew the cat came from Chernihiv in Ukraine, where he was under bombing and shelling, they did everything to work with Pet Plan and provide him with the treatment he needed and gave up their time for free.

“That was so sweet and I would strongly recommend them to other pet owners! They’ve done a great job and their human attitude was above all expectations.

“Our Lyova is fit and well again and doesn’t show any signs that he has had such a serious operation. He is walking the same as before and hunting again – he’s already got several mice – and seems back to his best.”