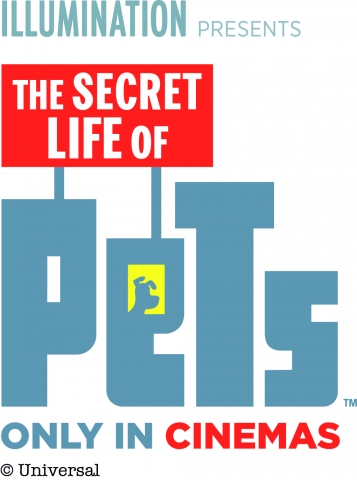 PETPLAN PARTNERS WITH THE SECRET LIFE OF PETS

Petplan, the U.K.’s No.1 pet insurance provider, is proud to announce its official partnership with Illumination Entertainment and Universal Pictures for their fifth fully-animated feature-film collaboration, The Secret Life of Pets.  As seen in the film, pets can sometimes get into mischief, so having Petplan insurance is an essential part of responsible pet ownership!

To celebrate the partnership, Petplan has created a special edition of its My Job / Your Job TV advert and  is giving pet owners 10% off online and the chance to win an exclusive The Secret Life of Pets blanket if they insure their dog or cat from 1st  June – 31st August 2016. Visit Petplan.co.uk to view the TV advert.

About THE SECRET LIFE OF PETS

For their fifth fully-animated feature-film collaboration, Illumination Entertainment and Universal Pictures present THE SECRET LIFE OF PETS, a comedy about the lives our pets lead after we leave for work or school each day.

Established more than 40 years ago, Petplan is the U.K.’s No.1 pet insurance provider and works with veterinary practices across the UK to provide pet insurance, including lifetime cover, for dogs, cats and rabbits.  Petplan is part of Allianz Insurance plc, one of the largest general insurers in the U.K.  For more information on how Petplan supports the veterinary profession visit www.Petplanvet.co.uk

Illumination Entertainment, founded by Chris Meledandri in 2007, is one of the entertainment industry’s leading producers of event animated films.  Illumination, which has an exclusive financing and distribution partnership with Universal Pictures, is the creator of the hugely successful Despicable Me franchise, which includes Minions, the second-highest-grossing animated film of all time, as well as Despicable Me 2, an Academy Award® nominee for Best Animated Feature of 2013.  In all, Illumination’s films, which also include 2011’s Hop and 2012’s Dr. Seuss’ The Lorax, have grossed more than $3.2 billion in worldwide box-office revenues and feature some of the world’s most renowned talent.

Upcoming films, in addition to The Secret Life of Pets, include Sing, starring Matthew McConaughey, Reese Witherspoon, Seth MacFarlane, Scarlett Johansson, John C. Reilly, Taron Egerton and Tori Kelly, which arrives in theaters in December 2016; Despicable Me 3, starring Steve Carell and Trey Parker, which is set for June 2017; and a newly-imagined version of Dr. Seuss’ How The Grinch Stole Christmas, starring Benedict Cumberbatch in the title role of The Grinch, that is set for November 2017.  In addition, Minion Rush (800 million downloads) has become one of the world’s most popular apps, and Minion Mayhem attracts huge crowds at Universal Orlando Resort and Universal Studios Hollywood.