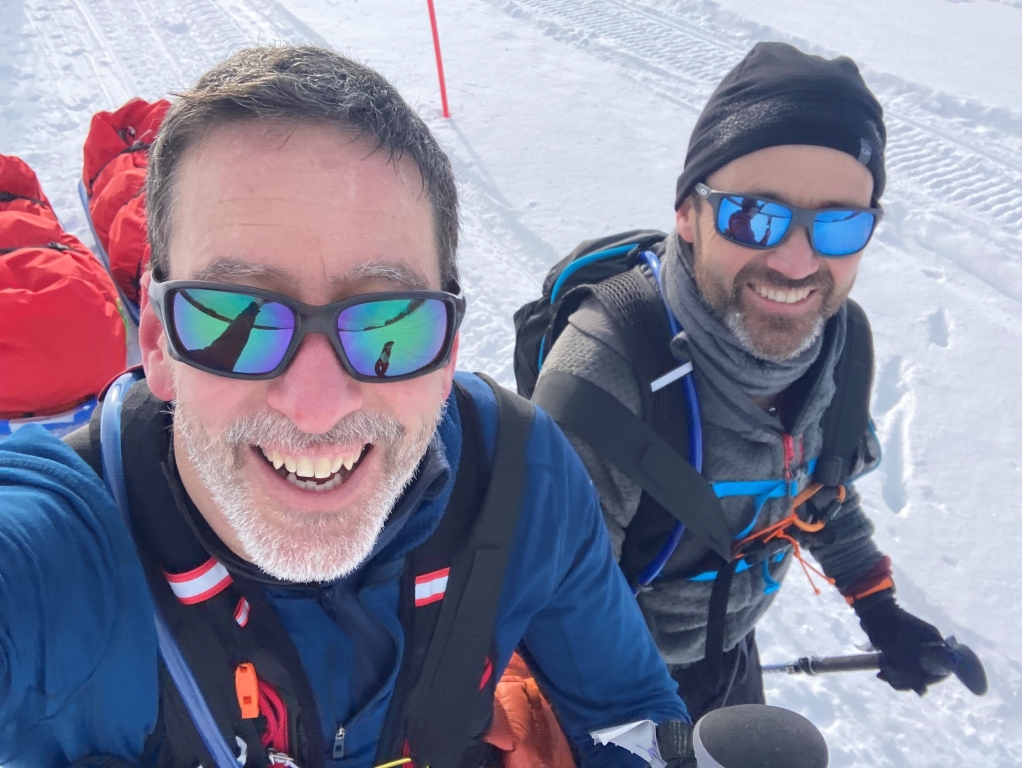 Vets David Abratt and John Beel have successfully completed the gruelling Montane Lapland Arctic Ultra, raising more than £3,200 to help save the rhino from extinction. The pair, who both work for Medivet, navigated 185 km of snow and ice in Swedish Lapland, from 6-16 March, travelling through rivers, lakes and forests and crossing the Arctic Circle twice, to complete the course.

Commenting on the experience, David Abratt said: “When we first arrived, we undertook a compulsory cold weather survival course. Without it, we’d have struggled, and likely become icicles once out on the course! We had some lovely crisp sunny days of -5 degrees but, on others, and at night, temperatures could drop to -20 with windchill. The snow was something else!  Literally hip to chest deep in some places and, if you stepped in the wrong place, it was difficult to get out.”

He continued:  “Physically the event was tough and relentless. We completed each day usually between midnight and 1am, then had to set up camp - a mission in itself in the freezing conditions. Then we were up at 5.30 am to do it all again!”

John Beel added:  “As an unsupported race, the only contact we had with officials was for the mandatory medical checks. Primarily, they were to check for frost bite injury but, more importantly, they were a source of hot chocolate - a small blessing!

“We had the usual long distance or endurance niggles, like muscle and joint pain, but a new one on us was ‘crackies’, a cold weather injury in which cracks develop in the skin of the extremities, like finger tips. It is incredibly painful.

“Despite this, we managed to complete the course and, while we weren’t anywhere near the front of the pack, the feeling of accomplishment on completing the race put a smile on our faces that was difficult to wipe off!”

David Abratt said: “Our supporters were fantastic and we owe them all a massive thank you.  We raised well over our target amount and are grateful to everyone who donated to this fantastic cause.”

Medivet is a long-term supporter of the  Wilderness Foundation Africa's Forever Wild Rhino Protection initiative, a global alliance of charities which aims to protect and connect wilderness, wildlife and people.  In South Africa, the charity’s efforts to reduce poaching are led by Dr William Fowlds, a former Medivet employee.

Donations to support John Beel and David Abratt’s fundraising can still be made here: https://www.justgiving.com/fundraising/jb-da

Medivet is a veterinary led group of more than 350 branches with 27 pioneering 24-hour veterinary hospitals across the UK. Underpinned by its branch partnership ethos, it is forging a national community of passionate vets, delivering exceptional veterinary care.