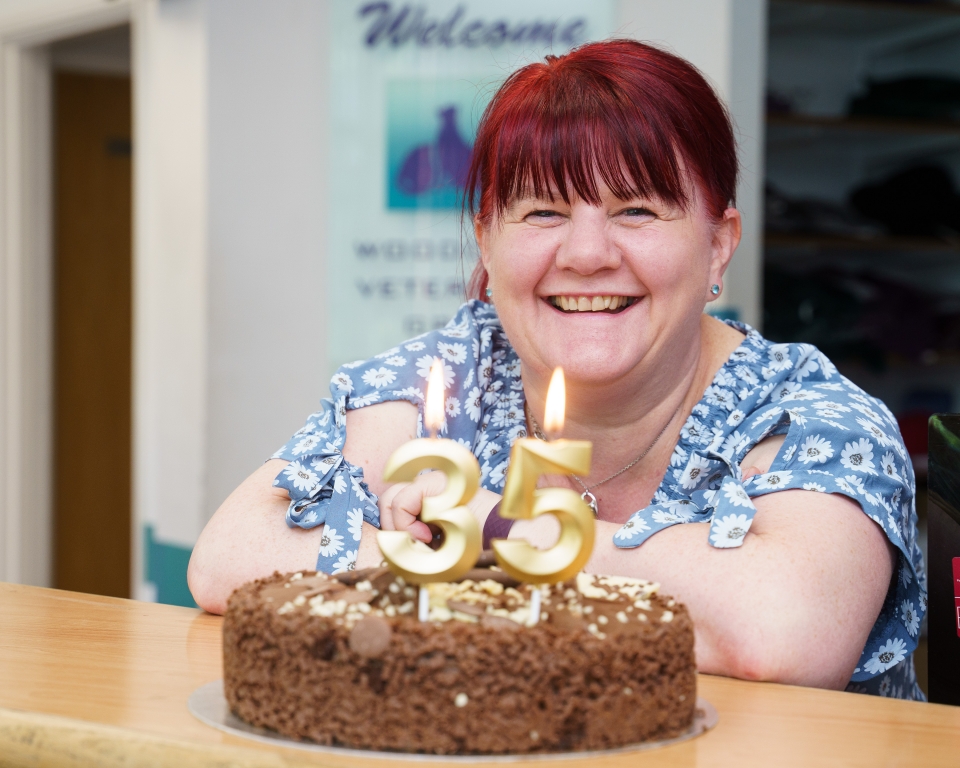 Celebrations: Fiona Knight with her 35th anniversary cake from VetPartners

A KEY team member behind the growth of one of Cheshire’s best-known veterinary groups is celebrating her 35th anniversary.

Fiona Knight started her working life in 1986 as a 16-year-old veterinary nurse at Woodcroft Veterinary Group and has risen to the role of HR manager.

During that time, she has witnessed huge changes in the veterinary world and at Woodcroft Vets, which has just three branches and 12 team members when she joined straight from school.

Woodcroft Veterinary Group now has six surgeries, plus a state-of-the-art veterinary hospital in Cheadle Heath, and an admin site in Cheadle Hulme, where Fiona is based.

After 15 years as a veterinary nurse, Fiona joined Woodcroft’s reception team and became customer care manager, where she helped to recruit and train reception colleagues. She then became HR manager six years ago and has completed her Chartered Institute of Professional Development Diploma.

Fiona, who lives with husband Gary in Offerton, near Stockport, puts her longevity down to her love of her colleagues and the difference they make to the lives of patients and their owners when visiting their branches.

She said: “Everyone here is so passionate and I am proud to be part of the practice family as we support each other so we can do the best for our clients and their pets. Even during the challenges we faced during Covid, we have worked so hard to provide the best possible service.

“No two days are the same and my role is so varied and interesting. I feel incredibly lucky to have worked for the same employer for 35 years and it says a lot about the way we are treated that a lot of my colleagues are also long-serving.”