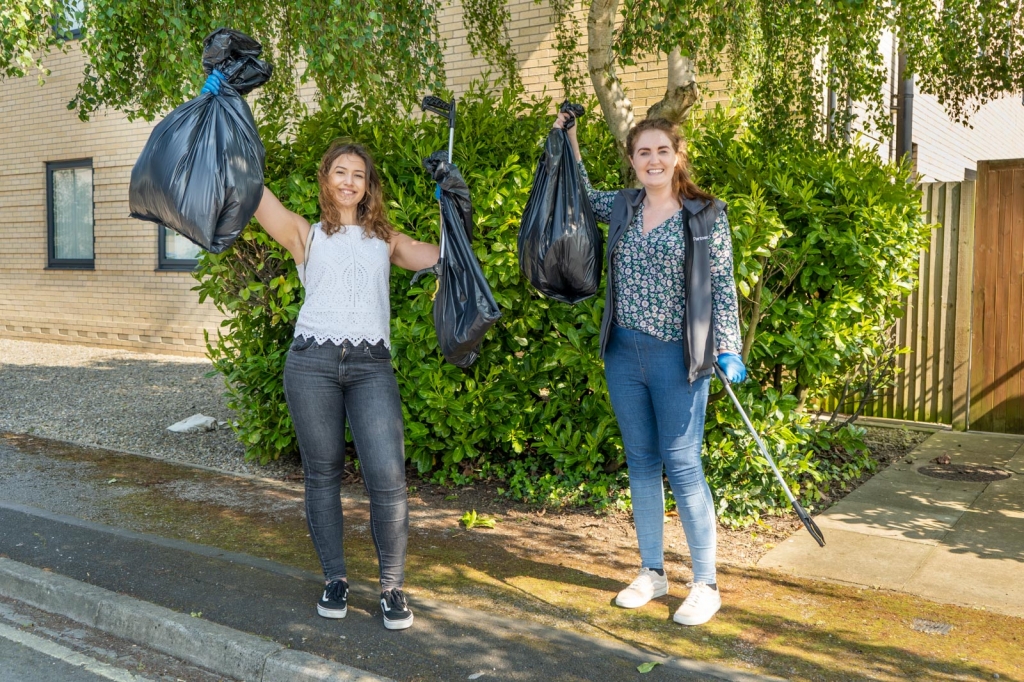 SWEET wrappers, bottles, cans, cigarette butts and fast food packaging were among the dozens of items of litter cleaned up by colleagues from York-based veterinary group, VetPartners, during the UK’s largest mass-action environmental campaign.

The eight team members joined forces on Tuesday 1st June to take part in Keep Britain Tidy’s Great British Spring Clean, which is taking place between May 28 and June 13, and encourages members of the public to help the charity achieve a million miles of litter-picking across the UK.

The VetPartners team, based at their head office at Spitfire House in Clifton Moor, York, spent an hour picking litter to help keep the surrounding area clean, green and litter-free. Their efforts were the equivalent of 1,908 miles of litter picking, according to the organisers.

Discarded face masks were also among the rubbish collected by the VetPartners team.

VetPartners has committed itself and its 160 UK veterinary practices to ambitious environmental and charitable goals that put sustainability at the heart of everything the company does.

This week’s litter picking event was part of many green projects being undertaken by employees in 2021.

VetPartners Sustainability Manager Dr Hannah James said: “Litter spoils people’s enjoyment of outdoor and green spaces – and the importance of that has never been clearer, with many people depending on time in nature to help their mental health during the months of lockdown.

“Litter can also pose serious health risks, both to humans and to wildlife. Litter picks help to clean up our public spaces, and also shine a spotlight on the issue, helping to raise awareness about the extent of the problem and encouraging people to think carefully about what they do with their waste.

“Businesses like ours can help by forming teams to take part in litter picks and by raising awareness about the Great British Spring Clean. Getting outside for our litter pick was a great team bonding activity, and also helps to connect us with our local community and the green spaces around us.”

Pet healthcare, like human healthcare, comes with a significant impact on the environment, especially with regards to waste and energy, and VetPartners is committed to making significant progress towards sustainability in its practices.

VetPartners became the first UK veterinary group to provide zero waste boxes for more than 300 of its sites in England, Scotland and Wales to recycle extra PPE, including gloves, aprons and masks, worn during the health crisis.

The initiative, introduced last October, is part of wider sustainability goals at VetPartners, which launched its first sustainability strategy entitled Looking Forward Together in January.