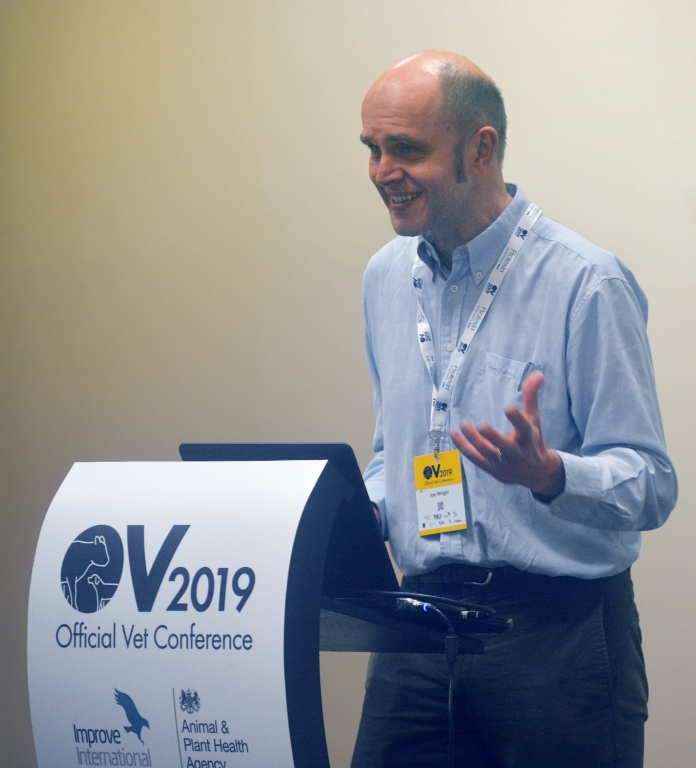 Vets Warned Of A Major Disease Risk Under The Radar

While much attention is focused on the growing risk from exotic zoonotic diseases, the threat posed by the arrival of increasing numbers of exotic ticks in the UK is passing under the radar.  This was the warning given to delegates to this year’s OV Conference by parasitologist Dr Ian Wright, head of the European Scientific Counsel Companion Animal Parasites UK and Ireland (ESCCAP).

Dr Wright cited increased pet travel and importation as key risk factors, including the growing number of rescued dogs arriving in the UK from countries in Europe and further afield.

Exotic ticks, including the Rhipicephalus tick (Rhipicephalus sanguineus) can transmit pathogens including Ehrlichia canis, Anaplasma platys, Rickettsias, Babesia vogeli and Hepatozoon. The Rhipicephalus tick is a distinctive dark brown colour and, unlike the UK’s native ticks, the combination of its short lifecycle and our centrally heated homes enables it to infest homes to the extent that fumigation can often be the only solution. Each stage of the tick’s lifecycle will feed on ‘just about anything’ explained Dr Wright.  This includes humans, creating a significant zoonotic threat once an infestation is established in a home.

Dr Wright said that Ehrlichia canis and Anaplasma platys are among the most common tick-borne diseases in imported dogs, particularly those arriving from Eastern and Southern Europe.  Both can be transmitted by the Rhipicephalus tick.  There were also three cases of Hepatozoon canis in 2018, caused by dogs ingesting Rhipicephalus ticks while grooming.

According to figures from a Bristol University Pet Travel survey, 54.5% of dog travel on the Pet Travel Scheme from the UK is to France with Southern European countries also popular destinations. These are all countries in which Rhipicephalus is present and on the increase. Dr Wright said that the ticks are moving north into Austria, Switzerland, Central France, Romania and Bulgaria.  Worryingly, during the last few months, he has also been alerted to ticks found on dogs coming in from North America, Latin America and Africa. These bring with them the risk of new diseases, including a variety of zoonotic rickettssial pathogens, such as, for instance, Rickettsia Rickettsii, which causes Rocky Mountain Spotty Fever.

To address this issue Dr Wright urged delegates to redouble their efforts on tick prevention.  He recommended:

He said that products offering rapid kill and repellency should be used to reduce transmission, repellents being especially important in Leishmania infantum and Rhipicephalus-endemic countries.

He recommended ‘drilling’ clients and staff on tick removal and reminding them that finding a tick on a pet is not a failure as no product is 100% reliable and it is easy to miss them in long-haired dogs.  He also suggested asking clients to take photos of any ticks they find on their pet while abroad so that their vet will know on their return what pathogens they may have been exposed to. If necessary, the Public Health England Tick Surveillance Scheme can help with identification.

Dr Wright suggested that legislation to enforce tick treatment on entry was a poor strategy used in isolation as pets would still be exposed while abroad and no product is completely reliable. It would be useful however, to raise awareness and as a ‘statement of intent’ that we were taking the issue of tick-borne disease seriously.

He said: “We’re seeing a significant increase in pet travel and import a wider range of countries from which dogs are being imported and this is significantly increasing our exposure to exotic ticks.

“What’s news about this is that while you could argue that diseases such as Lyme Disease are ‘lifestyle’ diseases because people and dogs are exposed to our native ticks while out enjoying the countryside, the Rhipicephalus tick comes to your home, exposing you to a wealth of rickettsial diseases for the first time.  We are already seeing instances of this in France, Germany and Scandinavia and, as pet travel continues to grow, the risk here will only increase. It’s equally possible that a dog with a native tick could travel aboard and return hosting a new pathogen.

“The only way to manage this risk is to provide consistent advice to the public and to support increased disease surveillance. Vigilance is key – assume that any travelling dog may have ticks and do not assume that because it is tick-treated, it’s a case of ‘job done.’”

He said: “Put the onus on clients - gently.  Remind them to seek advice, to check for ticks and to keep tick treatments up to date.  Also remind them to visit the practice with their dog as soon as possible on their return.  If you do find exotic ticks, please send them to the Tick Surveillance Scheme for identification.”

He added:  “If you know an owner who is planning to adopt a dog from abroad, explain the risks to them and encourage them to adopt from the UK.  If they are determined to go ahead, work with them to ensure that you reduce the risk of exotic ticks arriving with their new family members. The risk to human and animal health from an infestation should not be underestimated.”

Dr Ian Wright was speaking at the annual OV Conference, which took place on 25 and 26 September at Alexandra House in Swindon.  Offering a unique forum in which OVs discuss current topics of interest and recent developments in their work, it is organised by veterinary CPD provider Improve International, in conjunction with the Animal and Plant Health Agency (APHA) and 5m Publishing.