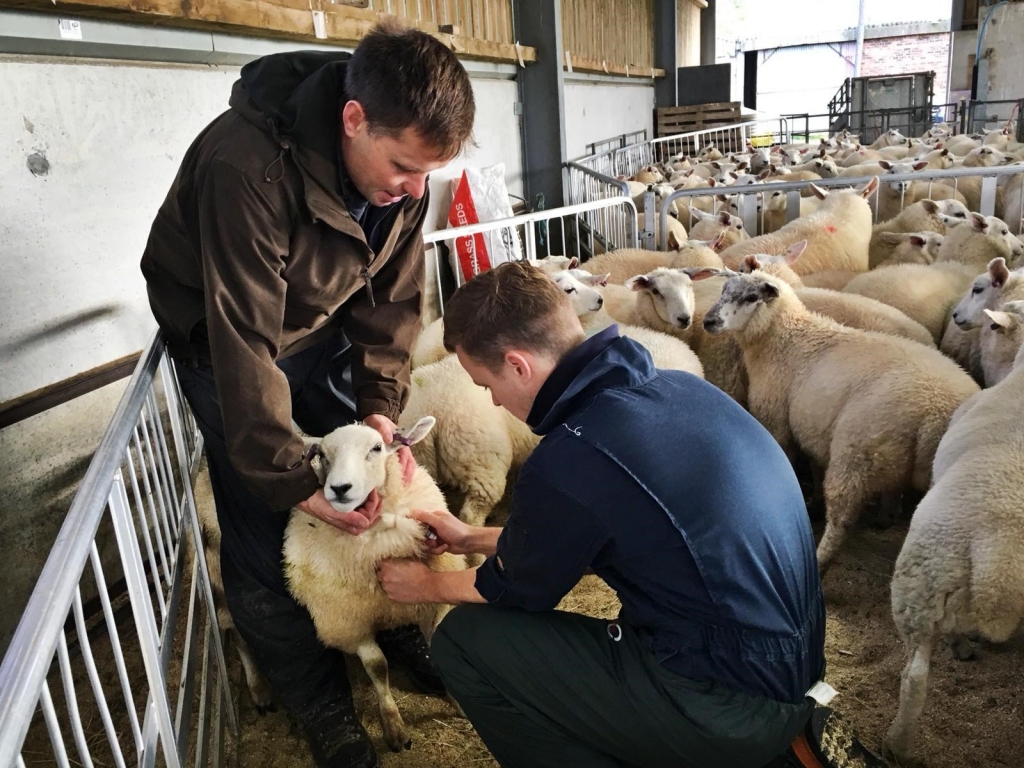 A study carried out by 24 independent veterinary practices, members of XLVets, has revealed some surprising findings on fluke infection in sheep. Kindly sponsored by Norbrook, the collaborative study involved each practice blood testing a cohort of six lambs on 25 individual farms from 16 weeks of age, to look for evidence of antibodies to liver fluke. The findings identified very low levels of infection throughout the country with sero-conversion being variable between farms but generally occurring very late in the season, with just a few lambs affected. With some farms likely to be preparing to use flukicides now to reduce pasture contamination and with increasing concern about resistance to some flukicides, the results suggest that farmers can work with their vet to plan towards a more targeted flukicide strategy that also helps to reduce the likelihood of resistance developing, particularly to triclabendazole which is often used to treat the immature fluke life stages.

Fluke can result in significant financial loss, estimated at around £3-5 per infected sheep.* The XLVets study aimed to address concerns about the use of flukicide so as to minimise the development of resistance. Practices from as far north as Orkney, down to Devon in the south west and with good geographical coverage throughout the UK, took part.

By 16 weeks of age, lambs have lost their maternally derived antibodies to fluke, therefore the presence of antibodies in lambs older than 16 weeks is a good reflection of exposure to the parasite. Antibodies would normally be detected two weeks post infection. These young animals therefore act as sentinels for the rest of the flock.

Despite farms being chosen on the basis of having a history of fluke, only one positive result was generated in July, with another positive detected in August but in the middle of the country – with no other positives in the south or the areas surrounding it. This highlights that individual conditions on any one farm can make a big difference.

The risk of liver fluke is known to vary year to year, between farms and even in different fields. The study found evidence of that – with one farm reporting fluke in young cattle on marshy fields, where the lambs grazing in different fields remained free of infection.

Only 11 farms had positive results in the period from June, up to December, with most only showing one or two lambs out of the six sero-converting later in the year. Even farms located reasonably close by showed positive cases months apart. This suggests there is a case to be made for a much more targeted approach to treatment with flukicides.

Mark Thompson of Craven Farm Vets in Yorkshire said, “I did not expect to see positive results as late in the year. I expected a positive result earlier (September/October) as the farm is a very wet farm with a long-standing issue with fluke. Also, the weather in the area has been ideal for the intermediate host and fluke development on the pasture.”

It was a view echoed by Ed Hill of Thrums Vets in Angus, “Fluke is endemic on the farm where we carried out testing and given the season we have had, it was surprising not to get earlier seroconversion.”

Emily Baxter of Drove Farm Vets in Wiltshire also believes that there is scope to use the results to improve the timing of dosing with flukicides and more responsible use, “We will use the results from this year’s testing to re-evaluate the farm’s fluke control protocol which will help reduce the level of use of flukicides earlier in the season for years with similar weather patterns and assist in planning of strategic grazing.

Linsay Eaglesham of Armour Veterinary Group in Ayrshire said it was very interesting to collaborate with other independent practices on the project, “It was really useful to compare our clients’ data against the rest of the country. In 2019 we had an exceptionally dry spring and early summer. As a result, there should have been a lower number of eggs and mud snails on pasture, despite the high rainfall later in the summer. However, that being the case, we were still surprised to see how low the level of exposure to fluke actually was. There could of course be multiple factors at play.”

“We’re looking forward to continuing our work this year, no two years are ever the same, that’s why monitoring is so important. It will allow both ourselves and our clients to build up a picture over time of what’s happening not only on their individual farms, but potentially down to field level! This will allow us to provide more conclusive recommendations. For now, it’s clear that testing has great promise as a means to provide tailored advice to farms on how to control fluke and use the flukicides available to us responsibly.”

She says it’s important that farmers do not stop using flukicides based on the results of this study nor assume that there is less risk, “We all know how significant the losses from acute and chronic fascioliasis can be.  We therefore encourage farmers to talk to their vet before they change their flukicide treatment protocols and discuss the possibility of using serology as an adjunct to determine how and when they treat.”

Veterinary professionals can find out more about the fluke sentinel project at https://xlvets-farm.co.uk/fluke-sentinel or the XLVets community at https://www.xlvets.co.uk/the-boss/.