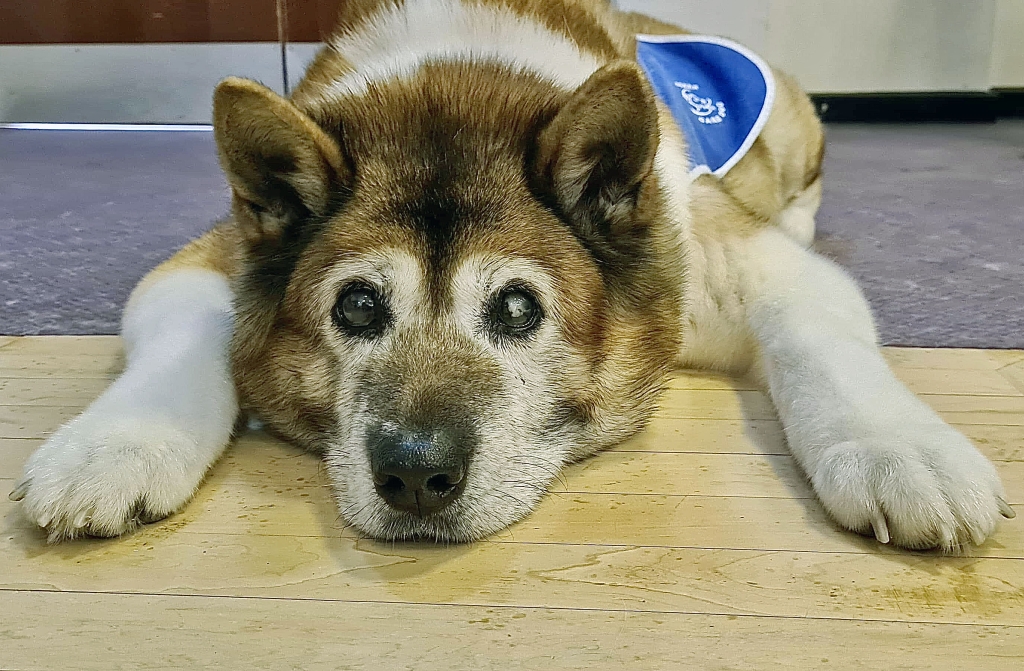 
A dedicated dog owner has spent more than six years and driven more than 2,000 miles in a bid to save the sight of his treasured pet.

Steve Deighton’s devotion to Sumi, his 12-year-old Japanese Akita, began in 2016 when the long-serving NHS therapy dog was diagnosed with Uveo-Dermatologic Syndrome (UDS).

Steve, from Bolsover, Derbyshire, admits he was “devastated” but praises top ophthalmologist David Habin, at Linnaeus-owned Paragon Veterinary Referrals in Wakefield, Yorkshire, for his expert care.

Sumi has been a therapy dog since 2016, with her work taking her to brain injury units, care homes and NHS hospitals.

Despite losing her sight in 2019, Sumi is still happy and active, and still works three mornings a week at her local hospital.

Steve said: “It all began way back in June 2016 although we’ve still no idea of the cause, except that it was possibly hereditary.

“I was devastated and extremely concerned as the initial prognosis was poor but David was extremely knowledgeable and patient and discussed all the issues with us in detail.

“During this phase of her illness we travelled more than 2,000 miles as we needed to see David every week for blood tests, checks on her eyes and regular alterations to her medication.”

Sumi had become blind due to the pressures in her eyes and although they reduced to a level where she had sight again, a lot of damage had already been done.

“She would be on eye drops for the rest of her life and there was always the threat that the illness would return,” added Steve.

“Sadly, in 2019, Sumi woke up one morning with cloudy eyes and unable to see.

“David told us that the pressures in her eyes had increased again. One eye was ‘dead’ and the other had a cataract, but it was too risky to operate on it due to glaucoma.

“It was a tough moment and we opted to let her have the rest of her life without sight rather than put her life at risk.

“So, Sumi’s totally blind now but she’s amazing and is still working at a local hospital three mornings a week.”

Steve’s certain that wouldn’t be the case without the long-running care, help and support received from the award-winning team at Paragon.

He added: “We have total trust in Paragon and are very grateful for their care, which has allowed our girl to continue her work within the NHS as a therapy dog.

“Without their excellent skills we would have lost her so we would definitely recommend them, in fact we do regularly!”

David said: “Unfortunately, most Akitas with Uveo-Dermatologic Syndrome will go blind despite treatment - though thankfully, like Sumi, nearly all will adapt to their impairment.

“Mr and Mrs Deighton are not only lovely clients but are also incredibly committed to Sumi’s care.”