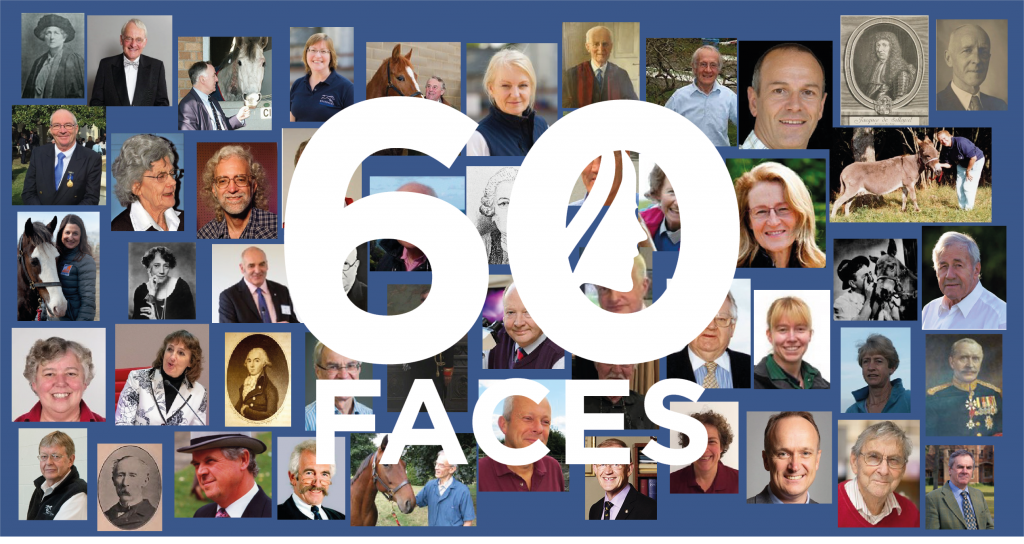 BEVA Celebrates 60th Birthday With 60 Faces And Some Cake

In the build up to its 60th birthday celebrations on 18thNovember, BEVA is highlighting 60 exceptional individuals who have had an impact on the equine veterinary sector. BEVA hopes horse owners will join in too, celebrating by sharing birthday cakes with their vet or veterinary practice.

“Our 60 faces initiative celebrates some of the many outstanding people who have left an indelible mark on the profession and whose actions complement BEVA’s work in championing progress and/or diversity” explained BEVA President Huw Griffiths.

As nominated by BEVA members, the list of 60 faces showcases those who have truly inspired, influenced and progressed the equine veterinary profession for the better.  The faces range from 16th Century humanist Thomas Blundeville to 21st Century social media entrepreneur Ebony Escalona.

Every day for a month, two faces will be released on BEVA’s social media channels as part of the build-up to BEVA’s official birthday on 18th November – the date BEVA held its first meeting back in 1961. Each of the 60 faces will also be highlighted on the BEVA website.

“It was a really tough challenge to whittle the list down to 60 people as all of the nominees were exceptional individuals,” said Huw. “The list showcases some of the best-known names in the industry as well as some heroes whose stories are less well known or who have been consigned to history.

“It’s not a “Top 60”, nor are all the faces vets, but it does highlight the breadth of people who have impacted what we do.  We hope you will enjoy reading about them and we hope our lovely clients will join in the celebrations during the week starting 18th November by sharing a celebratory piece of birthday cake with their cherished horse vet!”