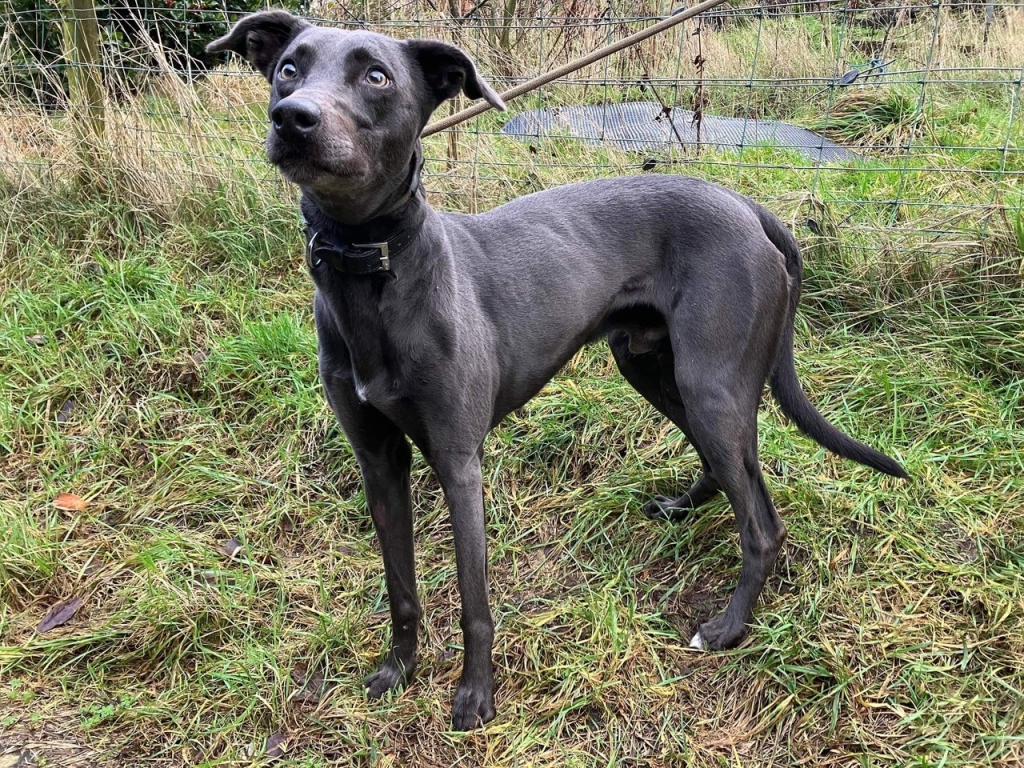 Six-year old Charlie, who’s currently in the care of Lurcher Link in Halifax where he’s waiting for his forever home

Burgess’ Greyhound And Lurcher Two-week Takeover Campaign Is Back!

Burgess Pet Care is delighted to announce that its annual Greyhound & Lurcher Two-Week Takeover campaign will return on Monday 30 January.

For this year’s campaign, which will take place digitally on Burgess’ Facebook and Instagram pages, the leading pet food manufacturer is asking its customers and followers to nominate independent greyhound and lurcher rescue centres across the UK who they would like to receive a share of £8,000.00 worth of Burgess Supadog Greyhound and Lurcher food, which will be shared among the rescues that receive the highest number of nominations.

Now in its fourth year, Burgess’ Two-Week Takeover campaign hopes to build on the success of last year’s event, which reached thousands of people and shared stories to highlight some of the amazing work carried out by UK greyhound and lurcher rescue centres, as well as offering lots of advice and tips on caring for these amazing dogs.

“It’s been a difficult few years for rescue centres with growing numbers of greyhounds and lurchers needing support at a time when rescues are finding it harder than ever to cover their costs. It is testament to the commitment of the people running the rescues that they have continued with their amazing work to rehome and support the health and happiness of these beautiful animals.

“Last year’s Two-week Takeover campaign received over 2,000 nominations and we’d love to see an even greater response to this year’s campaign. Burgess is determined to improve the lives of these gorgeous animals year-round, which is why for every sack of Burgess Supadog Greyhound & Lurcher sold, we’ll continue to donate 20p in the form of free food to greyhound and lurcher rescues in the UK.”

Kay FitzGerald-Gorham at Lurcher Link, one of six rescue centres to receive a share of Burgess’ food donation last year, added: - “I would really encourage rescue centres to get involved in this year’s campaign and to tell their supporters about it. Because of the generous donation of Greyhound and Lurcher food we received from Burgess, we've been able to allocate more of our funds to saving dogs who might otherwise have been put to sleep without specialist vet treatment and give them a chance of a new home. We’re so grateful for this campaign and Burgess’ support.”