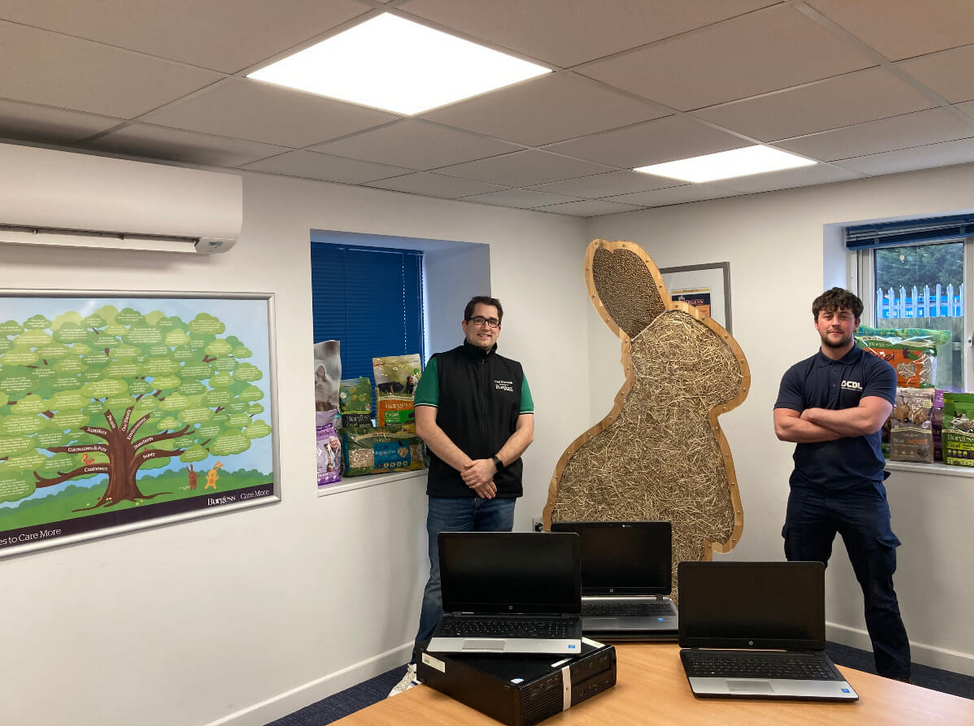 Burgess Pet Care announces that it has donated 67 computers to Business2Schools, a charity that places donations of computers with schools across the region and beyond.

Burgess’ donation of 35 laptop and 32 desktop computers comes at a critical time when many pupils’ learning is being delivered by teachers online due to lockdown, enabling them to stay connected and access vital online learning from home.

“Burgess wants to play its part in helping to ensure that as many children as possible have access to computers. We know how important it is for schools to be able to provide laptops to help children whose learning would otherwise suffer during lockdown, to stay connected with school and also their friends.

“We are delighted to be able to support our schools, enabling them to use their budgets in other areas, whilst making a better impact on the environment,” he added.

Burgess Pet Care already supports numerous animal welfare charities and UK rescues. Most recently, Burgess has confirmed its ongoing support for Wood Green, one of the UK’s largest charities for small animals, for the 12th year running, with Burgess continuing to provide monthly food donations for the animals in its care; it has donated over £6,500 worth of Burgess Supadog Greyhound and Lurcher food to five greyhound rescue centres across the UK; and, it has strengthened its partnership with Yorkshire Cat Rescue by sending food donations to help the cats and kittens in the charity’s care.