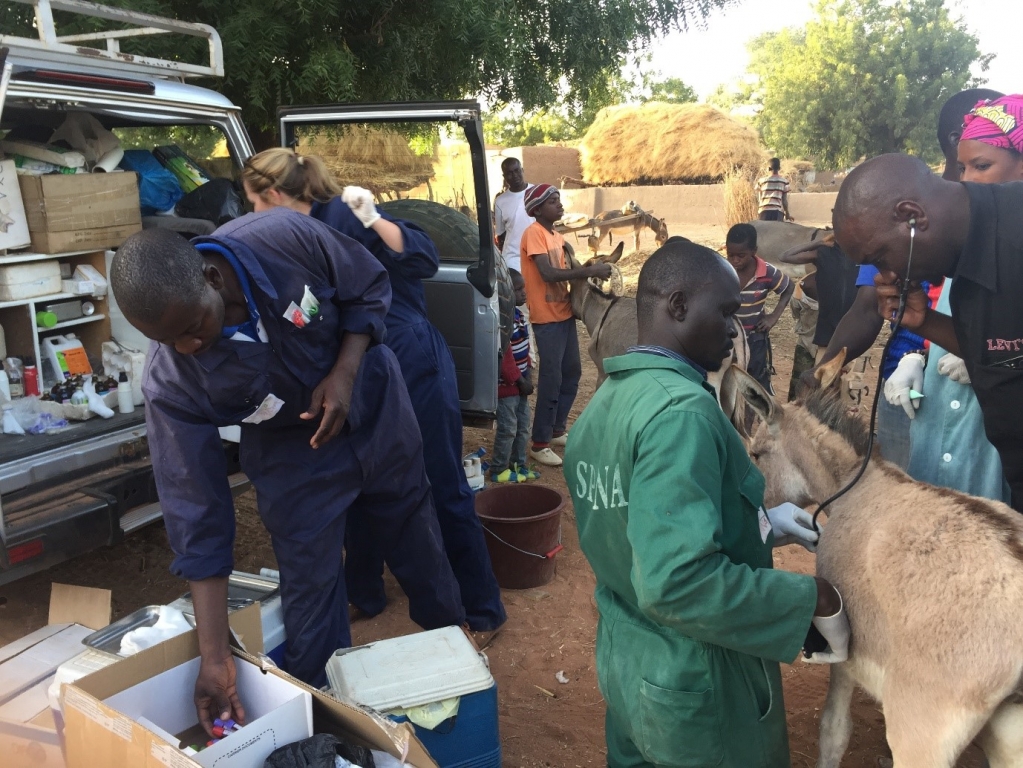 Vets from the international animal charity SPANA were the first to identify ‘Equine Flu’ as the respiratory disease that swept through Mali and other parts of West Africa this year.

The outbreak led to the death of thousands of donkeys across the region. However, this diagnosis will help vets better understand and characterise the disease as well as ensuring that governments and professionals will be better prepared in the future.

From January until June 2019, Mali suffered a serious outbreak of respiratory disease in donkeys and horses. This outbreak was widespread across West Africa and affected several surrounding countries such as Niger, Nigeria and Burkina Faso. Symptoms included high fever, difficulty in breathing and a hard cough, all of which proved highly contagious. Some West African governments announced almost 60,000 donkey deaths resulting from the disease.

Despite the huge number of animals being affected, there was initially no formal diagnosis for the disease. Many countries declared the outbreak to be the common respiratory infection called ‘strangles’. However, SPANA noticed that the outbreak behaved more like a respiratory virus.

At the start of the epidemic, SPANA vets in Mali treated thousands of respiratory cases – suspected to be Equine Flu – in the Segou region and other locations. An emergency meeting was held by SPANA with several local veterinary professionals for information sharing and data collection to help them better understand the situation and devise action plans.

In response to the crisis, SPANA provided training to vet professionals on respiratory diseases, how to recognise and manage suspected cases, and on biosecurity measures to help prevent the outbreak from spreading. Thermometers were distributed to animal health technicians to help them monitor suspected cases and meetings were held with the government veterinary department to report findings and disseminate information as quickly as possible.

Samples were then sent to the Animal Health Trust, a UK laboratory, which led to a confirmed diagnosis of ‘Equine Influenza Virus’ (Equine Flu).

Dr Ben Sturgeon, Director of Veterinary Programmes at SPANA, said: ‘We very strongly wanted to achieve a definitive diagnosis of this outbreak to allow veterinary professionals to manage and prevent the spread of it, as well as perform adequate treatment of affected cases. After weeks of efforts, Dr Mathilde Merridale-Punter managed to submit several samples to the Animal Health Trust, which led to a confirmed laboratory diagnosis of Equine Flu in June.

‘These results were the first to be obtained from the outbreak in Mali and are therefore extremely relevant in managing the aftermath of the epidemic, informing the communities, and in devising national and international strategies to prepare professionals for possible similar situations in the future. The hope is this will ensure that working animals and the people who depend on them will be better protected should an outbreak occur again.’

Following the end of the outbreak, Dr Merridale-Punter, who is Veterinary Programme Advisor at SPANA and Dr Amadou Doumbia SPANA’s Country Director in Mali, met with over 60 veterinary professionals from across the country to gather more information about the epidemic and its consequences for working animals and affected communities. These visits allowed SPANA to provide further training to vets on respiratory disease, outbreak management and biosecurity.