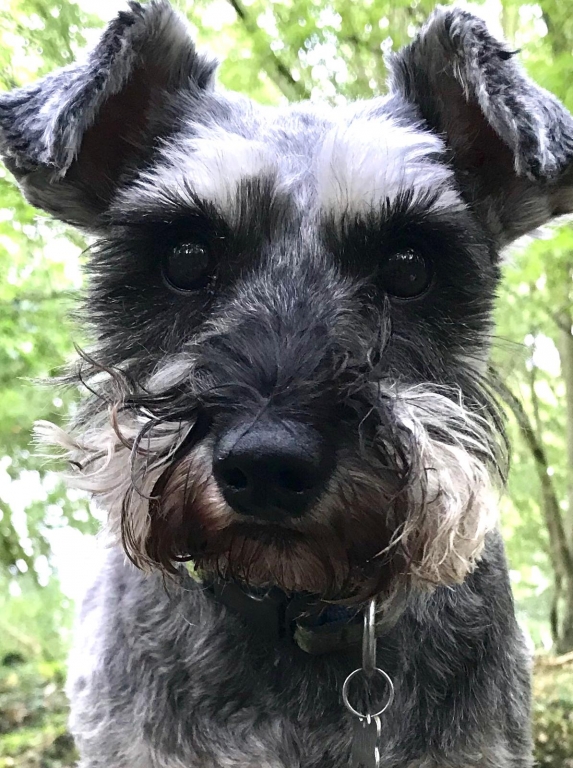 A run in with a nest of aggressive hornets caused Coco the dog to suffer a rollercoaster of multiple life-threatening complications but thanks to a swift referral to Davies Veterinary Specialists (DVS) in Hertfordshire for emergency treatment, the hardy hound fought the odds to make a full recovery

Coco, an eight-year-old miniature Schnauzer was attacked by the hornets when a public footpath took her right past the nest. She was stung multiple times, as was her owner. Her primary care vets managed the initial shock and local oedema with steroids and anti-histamines but the following day she developed new signs: pigmenturia and dark faeces (raising concern for melaena).

“On examination, her skin was quite swollen/bruised, but she did not appear pale and there were no petechiae,” said Polly Frowde, Internal Medicine Specialist at Davies. “Blood tests showed mild anaemia with mild spherocytosis but negative in-saline agglutination.”

Coco’s clotting function appeared normal and urine analysis showed haemoglobinuria rather than true haematuria, further supporting haemolysis. At this stage, it was not clear whether it was secondary immune-mediated haemolytic anaemia (IMHA) or the direct effects of envenomation (which can also be associated with spherocytosis).

“Her Chest radiographs were normal”, said Polly, “but an abdominal ultrasound scan showed signs of pancreatitis, which was likely to have been triggered by shock. Subsequently we gave her supportive treatment including fluid therapy, analgesia, anti-emetics and gut protectants for any ulceration.”

“Unfortunately, she developed two new complications,” said Polly. “Skin pustules formed, presumably corresponding to the original sting sites of which there were many, and these later ulcerated. She also became mildly dyspnoeic and further chest radiographs showed that she now had a small pleural effusion.”

The chest fluid was sampled, revealing signs of pyothorax, which Polly thought likely to be an unlucky consequence of her infected skin lesions and/or the pancreatitis (and being immunosuppressed on steroids). Antibiotics fortunately resolved both the skin lesions and respiratory signs, without the need for more invasive treatment.

Following a two-week rollercoaster experience in the hospital, Coco was finally well enough to go home, much to the relief of her owner, who had been abroad when Coco first became ill.

Frequent follow-up checks with her primary vets ensured Coco remained on the road to recovery and eventually she was able to stop all treatment without deterioration.

“Sting envenomation can be very dangerous, with multiple possible life-threatening complications – especially after a large ‘dose’, as in Coco’s case,” said Polly.  “A dog’s coat isn’t necessarily thick enough to provide protection but fortunately, Coco was a stoic little fighter and is now back to full health, enjoying woodland walks in peace!”