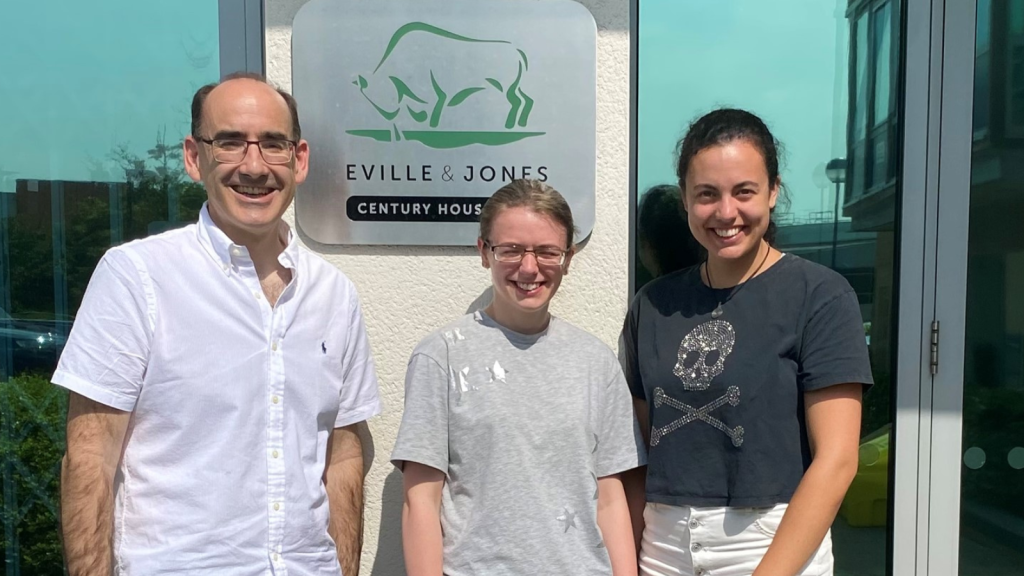 Lucy Blount and Rosanna Moss have been appointed by the largest provider of veterinary public health professionals in Europe following the completion of their veterinary school studies at Bristol University.

The pair join the business in hybrid positions as Novice OVs and will do this alongside working in a clinical practice.

This represents a significant milestone for the industry as it has relied on overseas talent for many years and shows the hard work Eville & Jones is doing to make the role diverse and attractive for workers in the UK.

Officials from the FSA have also expressed their excitement with the home-grown talent that have been inspired to work as OVs within abattoirs.

An abattoir OV safeguards animal welfare and food safety within the food chain, looking after the welfare of 1.2 billion animals that pass through abattoirs within the UK annually, ensuring meat is safe for human consumption both in the UK, and for export overseas.

Eville & Jones is currently on an ambitious growth path.  As a result, it has been able to develop a compelling proposition aimed at UK vets. Whether for new graduates wishing to combine OV work with traditional clinical practice like Rosanna and Lucy; or vets looking for a lifestyle change or a move away from practice, working flexibly in export certification, abattoir work, certification against standards, or small animal vaccination.

Charles Hartwell, chief executive officer of Eville & Jones commented: “We are delighted that Lucy and Rosanna are pursuing a career as OV’s with us, becoming the first graduates to fulfil this role in more than a decade.

“The team at Eville & Jones has spent two years developing an attractive proposition to encourage UK-educated veterinary surgeons to consider a career in this field, whether combined with traditional clinical practice, or stand alone. We wish Lucy and Rosanna the best of luck and hope they become trailblazers for many others to follow in their footsteps.”

Lucy Blount commented: “I’m really excited to be starting my career in veterinary public health where, as an OV, you can positively affect the lives of 1000’s of animals. I’m looking forward to getting stuck in and developing my skillset within this field and at such a supportive organisation.”

Rosanna Moss commented: “I’m really proud to have joined the veterinary industry this summer; OVs are instrumental in monitoring and safe-guarding animal welfare in a way that many vets don't realise. I joined Eville & Jones after graduating from my degree at Bristol vet school - everyone has been so lovely and welcoming and I’m looking forward to pursuing my career here.”