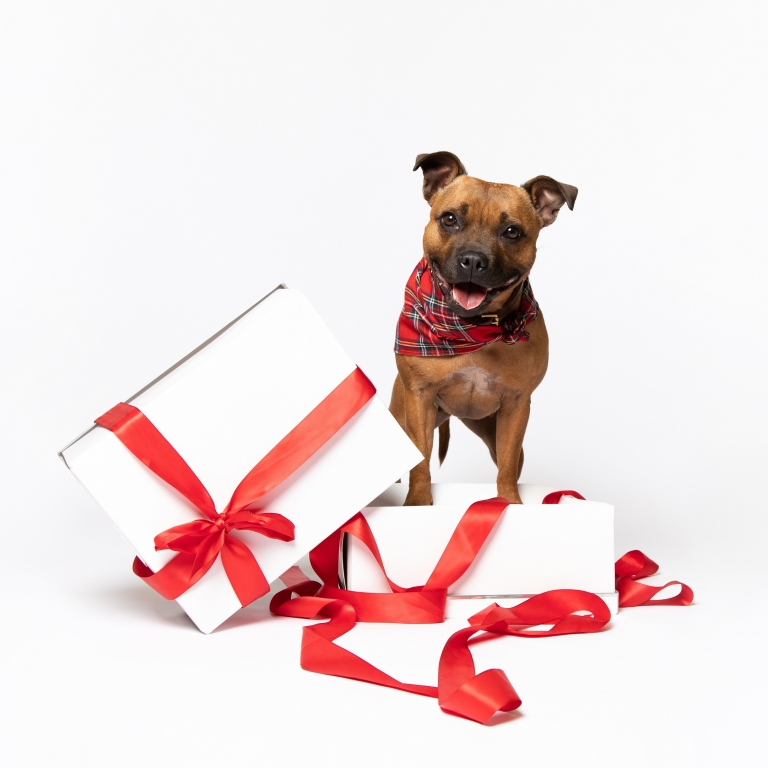 New data released by The Kennel Club shows that dogs were 86 per cent more likely to poison themselves in December than in any other month in 2019. The five-year statistics, collected by the dog welfare organisation’s insurance partner, Agria Pet Insurance, show the month of December has consistently been the highest for intoxication claims since 2015, causing The Kennel Club to issue a warning to owners about Christmas dangers for our four-legged friends.

“For dogs, Christmas is a time of year when unusual and exciting things are happening around the home – often it means there are new people to meet and greet, exciting things to smell and lick, and unfamiliar festive curiosities, making it a very tempting time for them to get up to all sorts of mischief, or feel anxious or even lonely,” said Bill Lambert, Head of Health and Welfare at The Kennel Club.

“Dogs are a part of the family and of course can be involved in the celebrations, but our four-legged friends don’t always enjoy the same festivities as humans do. We want to make sure that all of the nation’s much-loved dogs have a happy, stress-free and safe Christmas, especially with so many new owners navigating the season – which will no doubt also be different to normal this year – with their puppy or dog.”

Simon Wheeler, Managing Director of Agria Pet Insurance, added: "Every December we see a sharp spike in instances of dogs being poisoned, and the culprit is often festive food. Innocuous things for us like chocolate, Christmas cake or mince pies can prove life-threatening – and for the most foodie or artful of dogs, it can just take seconds for them to eat something they shouldn't.

“One example from last Christmas was Cocker Spaniel, Ella. She climbed up onto a worktop and ate six mince pies while her owner was out. Despite having rapid veterinary treatment, 24 hours later she suffered renal failure. Fortunately, her vet managed to save her, but not before some devastating moments for her owner, and treatment costs of over £1,100 – at just the wrong time of year for the household budget.

“We urge dog owners to be extremely careful at Christmas by keeping harmful food or other poisons out of reach, and to contact their vet urgently if their dog eats anything they know or suspect could be toxic."

To share a safe Christmas with your dog, The Kennel Club, has some ‘impawtant’ tips:

All the trimmings: The foods you shouldn’t feed your dog this Christmas

Each Christmas there are thousands of cases of dogs needing veterinary treatment after stealthily stealing chocolate and other unsuitable festive treats like mince pies and stollen. With so much going on over the festive season it’s not always easy to keep an eye out, so try and keep any chocolate and other treats, from advent calendars to tree decorations, out of paw’s reach.

Owners should be wary of feeding dogs Christmas dinner leftovers, as traditional turkey, goose and chicken bones can easily splinter, particularly when cooked, causing an obstruction and possibly even piercing your dog’s tummy. Be careful of stuffing too – onions, garlic, leeks, shallots and chives all belong to the allium family and all contain a substance which can damage a dog's red blood cells, and can cause potentially life-threatening anaemia.

If you think your dog may have eaten something that they shouldn’t, or have symptoms including sickness and diarrhoea, speak to your vet straight away.

It’s the most wonderful time of the year: But don’t force festive fun

Dogs can have a lot to deal with over the Christmas period – excited and noisy children, crackers banging, presents being unwrapped and unfamiliar people, voices and smells.

It can be overwhelming so avoid forcing festive fun by making sure their routine isn’t disrupted – take them out on their usual walks and keep dinner time the same – and make sure they still have their normal space and bed so they can retreat and settle in their usual spot if and when they want to. Everyone is busy at Christmas with many spending more time away from home, but don’t forget about your four-legged friend or leave them alone for more than four hours. Remember too that many dogs will have got used to their owners being home more due the pandemic, so any transition to spending more time apart will need to be prepared for. While this Christmas might be more restrictive for us, our dogs may still be noticing quite a change.

Deck the halls: Be careful of decoration and present snaffling

Christmas decorations and presents are often just as intriguing and exciting for dogs as they are for humans. Be careful with certain festive plants – poinsettia, holly, mistletoe and ivy can cause varying degrees of stomach upset if eaten by a curious dog.

Be aware of your dog snaffling gifts that aren’t for them from under the tree. Electronic gifts and toys often contain batteries, which if chewed or swallowed by a dog can be dangerous. Similarly watch out for your dog trying to eat small toys or gifts with small parts, wrapping paper or crepe paper, Christmas decorations, including baubles and tinsel hanging from the Christmas tree, and plastic materials used for wrapping presents.

Care should be taken when using antifreeze products that contain chemicals which can be lethal when ingested by dogs. The sweet taste of antifreeze makes it tempting for dogs, so products should be stored in secure containers away from pets. Watch out too for dogs drinking out of puddles when it’s very cold, as often the water can be tainted with antifreeze chemicals.

There is further advice on how to have a carefree canine Christmas – from at-home training tips to more advice on avoiding seasonal dangers – on The Kennel Club website: thekennelclub.org.uk/christmas.