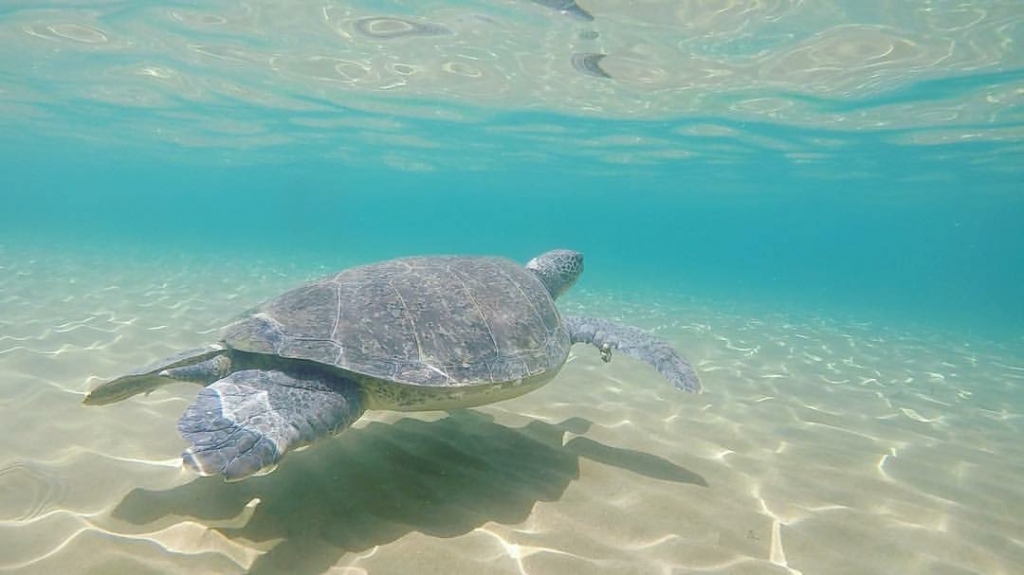 All the staff at IVC practices are passionate about their jobs, helping owners ensure their pets stay happy and healthy. This story demonstrates the dedication, sacrifice and tenacity that helps our practices stay at the forefront of animal care.

Kylie Channon-Durant, head veterinary nurse at King Fisher Vets in Somerset has a special interest in exotic pets. After completing a City and Guilds certificate in Veterinary Nursing of Exotic Species (C&GCertVNES), King Fisher Vets supported her while she took a two month sabbatical to volunteer for the Society for the Protection of Turtles (SPOT).

“In 2016 I completed my City & Guilds and passed with distinction. I already had an interest in 'basic' exotics, mostly from having my own tortoises, but this course broadened my horizons about the opportunities of exotic nursing so when my course tutor shared information about a turtle conservation project on the course Facebook page, I applied immediately. I managed to get two month’s sabbatical from my job as Head VN at Kingfisher Vets in Somerset, and left in May 2018.

“I met two other volunteers at the airport and we arrived at camp in Northern Cyprus late at night, the accommodation was incredibly basic. I nearly booked the next flight home when I discovered the only washing facilities were two outdoor showers connected to (cold!) well water! After a whole day of airports and traveling, I braved a very cold, very miserable late night shower, much to everyone's amusement, before retiring to our sleeping quarters, an old concrete house a good distance away where we slept on old foam mattresses lined up on the floor. Thank goodness I had packed decent bedding and a mosquito net!

“I was among the first to arrive so we got to learn the ropes at a leisurely pace directly from the course leaders. Days would start as early as 5am and, depending on how much activity was encountered, a typical day could be as short as 4 hours or much longer, perhaps returning to base close to night-fall. Miles of beach are walked to find sets of tracks and follow them to a potential nest. The nests/egg chambers are located, (often a painstaking and time consuming endeavour!) marked and screened to reduce predation rates. They are later excavated to analyse success and to release any remaining hatchlings. Volunteers did an equal mix of day and night work. Night work would start at around 8pm and run to around 6am, we would patrol the main study beaches at Alagadi throughout the night, every 10 minutes, from late May through mid-September.

“Upon encountering a female, she would be observed to record whether she was nesting, attempting to nest or retreating to the sea. Upon nesting, the turtle’s carapace length and width would be measured along with the pattern and amount of scutes on the shell and she would be checked for/fitted with identification tags. The nesting behaviour is then observed and the number of body pits and egg chambers attempted are also recorded. She might also be fitted with a satellite transmitter or data logger.

“Volunteers place a temperature data logging device into the nest and place a flat mesh cage on top to help protect against predation by dogs and foxes which habitually dig down to nests when they encounter them. Lastly a dome cage is placed on the top of the nest, to warn visitors using the beach, and each is labelled with the date, the breed of turtle (Green or Loggerhead) and a unique nest ID number. From mid-July to end of September these nests are checked on every night at regular intervals to ensure they have not been predated and to work with hatchlings, a sample of which are measured and weighed prior to release. There were a lot of uni students on the course, many completing dissertations or projects on marine life.

“There was also a lab for things like post-mortems which we could also go along to watch, which were smelly but fascinating!  Most of the turtles had died as a result of the fishing industry. People worry about plastic straws, but a large majority of the plastic pollution in our oceans is discarded fishing equipment and broken nets. I would definitely have given up eating fish after my time out there if I wasn't already vegan!

“I soon got used to life at the camp, changing my routine to try and have my shower in the late afternoon once the water had had time to warm a little! During peak season there was around 30 volunteers at any one time and the camp got very busy. There were two smaller 'branch' camps elsewhere on the island so we rotated and had a turn at each. There was a nice community feel to camp, with everyone eating their main meal together each evening. I am a keen cook so although chores were on a rota basis, people often swapped so I would end up cooking for everyone. Food was all vegetarian and very basic, it stretched my culinary expertise to make a different and exciting meal for so many people each night with the same ingredients of pasta, rice, vegetables and tinned tomatoes!

“I had an amazing, once in a lifetime experience at the Turtle conservation program with an amazing group of people. It really opened my eyes to the problem of plastic pollution and fishing and its effect on marine life.”

If you are interested in volunteering for the Turtle conservation program you can find out more information and apply at http://cyprusturtles.org/home/volunteering/