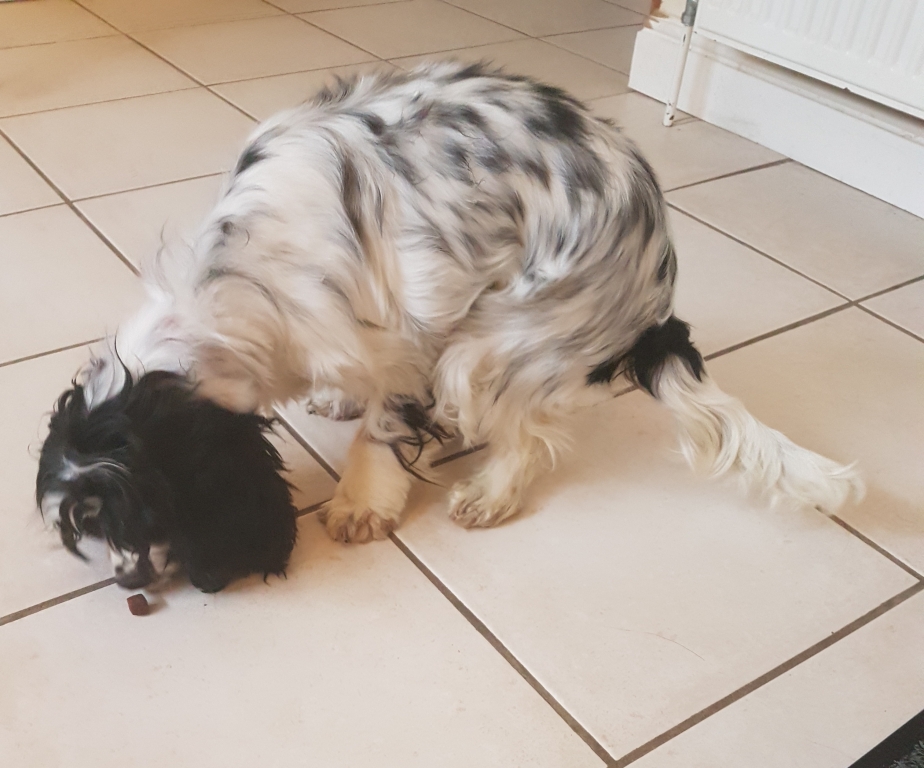 ‘Mermaid’ Puppy Walks Again After Being Thrown From Moving Van


Bambi, a three-year-old Cocker Spaniel cross, had been thrown from the back of a moving van before being rescued and taken in by the National Animal Welfare Trust (NAWT) in Watford. After a diagnosis of severe bilateral patellar luxation, NAWT launched a national fundraising campaign and she was referred to Hamilton Specialist Referrals (HSR), High Wycombe, for corrective surgery. Following successful surgeries, Bambi is now pain free and able to run, jump and play like any other dog.

Bambi had severe difficulty walking and was unable to jump. She was dubbed the 'mermaid puppy' because her deformed hind legs created the shape of a tail. She was also malnourished and had sores over her body. Initially, her lameness was thought to be due to trauma sustained from her fall from a moving vehicle. However, radiographs taken at the NAWT’s first opinion practice revealed chronic, bilateral, grade four lateral luxating patellae. Specialist orthopaedic surgeon, Dr Michael Hamilton, offered corrective surgery at HSR for a heavily discounted price and the NAWT raised the funds through a media campaign.

Michael staged the surgeries, operating on Bambi’s worst affected right limb first. Surgery involved both tibial tuberosity transposition to realign the pull of the quadriceps and a block trochleoplasty to deepen the groove in which the patella sits, providing further stabilisation. Unusually, the luxations were lateral and thus in addition a medial fabellotibial suture was placed to prevent external rotation. The same techniques were used to repair Bambi’s left leg three weeks later.

Michael said, “Bambi’s gait was so severely affected she could barely walk and was unable to jump. We performed a CT scan of the limbs and after making the relevant measurements, I was surprised that and addition femoral osteotomy was not necessary. Given the degree of fibrosis and muscle damage present - and that he luxations were lateral - this was one of the most challenging cases of patellar luxation I’ve seen.”

Aftercare involved lengthy and complex physiotherapy and regular visits to HSR for extracorporeal shock wave therapy, which was very successful in breaking down the fibrous tissue and improving range of motion.

Bambi has continued to make great progress with her health, and is now pain free and able to run, jump and play like any other dog. Additionally, after the months of care and support, Bambi has found her forever home with her fosterer, Carol.

Clare Williams, CEO of NAWT, commented: ‘At NAWT we always strive to provide the best care we can to the animals that come through our doors. In situations like Bambi’s where we need to involve a veterinary referral practice, it is important that we all work together within an agreed cost budget. We could not fault the care and expertise that Michael Hamilton and his team demonstrated, not just in dealing with two complex and detailed operations, but also in how the whole support team pulled together for the best outcome. Bambi could not have been in better hands and thanks to Hamilton Specialist Referrals and her dedicated foster carer, Carol, she can lead the kind of life that she deserves after such a difficult start.’