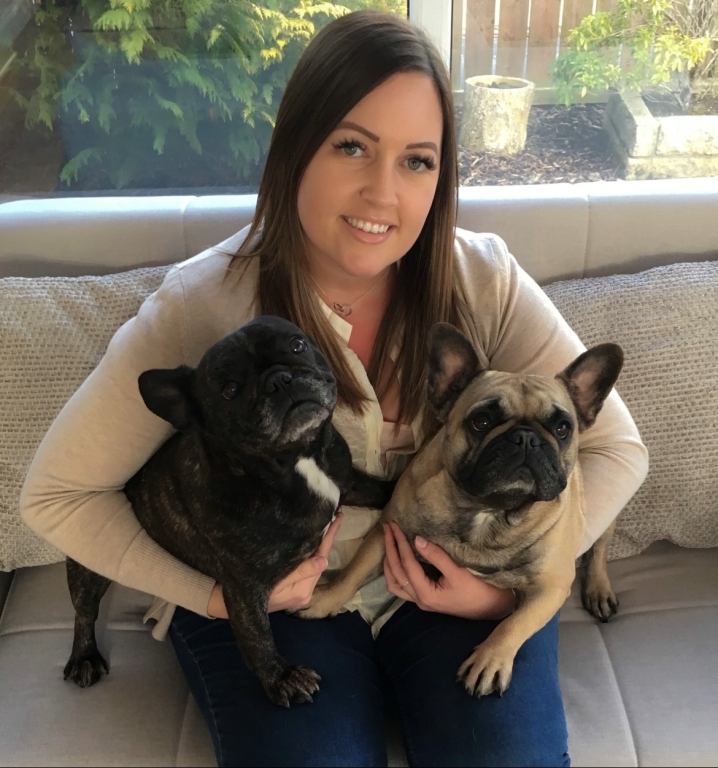 Dr Laura Hamilton, clinical director and Breed Health Coordinator of the French Bulldog Club, has been honoured as a recipient of the 2022 International Canine Health Awards in the Breed Health Co-ordinator category.

Dr Hamilton, who is also a full-time veterinary surgeon from Tranent, East Lothian, joined the French Bulldog Club in 2020. Upon joining, Dr Hamilton played a pivotal role in updating the breed standards for the French Bulldog, after carefully reviewing responses to a large health survey for the breed. Dr Hamilton has worked hard to collaborate with various stakeholders as a member of the Brachycephalic Working Group, and dedicated her own time at weekends to travel across the UK promoting and increasing accessibility of The Kennel Club’s Respiratory Function Grading Scheme, a vital tool in improving respiratory issues in French Bulldogs, Bulldogs and Pugs.

Laura aspires to use her award funding to analyse spinal X-rays of French Bulldogs and establish a large database of scores from the results. This information will be used to monitor the dogs throughout their lives to identify correlations between spinal scores and health outcomes.

The widely esteemed International Canine Health Awards have been running for ten years, highlighting a decade of innovation and advancements for transforming the health and wellbeing of dogs around the world. Organised and run by The Kennel Club Charitable Trust with a major financial gift from the Vernon and Shirley Hill Foundation, the awards were launched to support and highlight those individuals who are committed to undertaking quality research to improve canine health. Applications for the awards are judged by a panel of independent and eminent international veterinarians and scientists. The awards will be presented via a virtual ceremony on Wednesday 28 September, 15.00 BST, with further details available to those who register their interest at: https://bit.ly/ICHA2022

On being informed of winning the award, Dr Laura Hamilton said: “I am truly honoured and thankful to The Kennel Club Charitable Trust on being selected as the winner of this award, and to those who nominated me for this prestigious award. I love my role as Breed Health Co-ordinator where I work with the breed clubs and The Kennel Club to improve the health and welfare of our wonderful breed.

“I am looking forward to continuing our work using the generous prize to further research key issues in the French Bulldog, such as spinal issues, and BOAS. We plan to make health testing more accessible by providing owners funded health testing with the French Bulldog Club of England health scheme and the University of Cambridge/Kennel Club Respiratory Function Grading Scheme. We also plan to fund spinal radiographs to evaluate and monitor these dogs and further research spinal conditions in the breed.

“At a time when we are seeing a huge rise in indiscriminate breeding of French Bulldogs, especially for exaggerations and fad trends over health and welfare, it is more important than ever that we focus on improving awareness and uptake of health testing.”

Dr Nick Blayney, who Chairs the selection panel for the Breed Health Co-ordinator Award said: “Dr Hamilton has dedicated so much of her time and effort to improving the health and welfare of the French Bulldog which has already resulted in impressive progress for the breed's health.

“The role of the Breed Health Coordinator has been shown to be a pivotal one, linking the science with the practical aspects of dog breeding; the scientists with the breeders. I would like to congratulate Laura on being selected for the Breed Health Co-ordinator award as recognition of her incredible work and admirable expertise on complex issues.”

Vernon Hill, whose major gift underwrites the awards said: “Dr Laura Hamilton is an inspiring individual who should be proud of all she has achieved so far. I hope that winning this world-renowned award will continue to spark her motivation to promote and improve the health and welfare of French Bulldogs. I look forward to seeing how her research continues to change the future of the breed.”