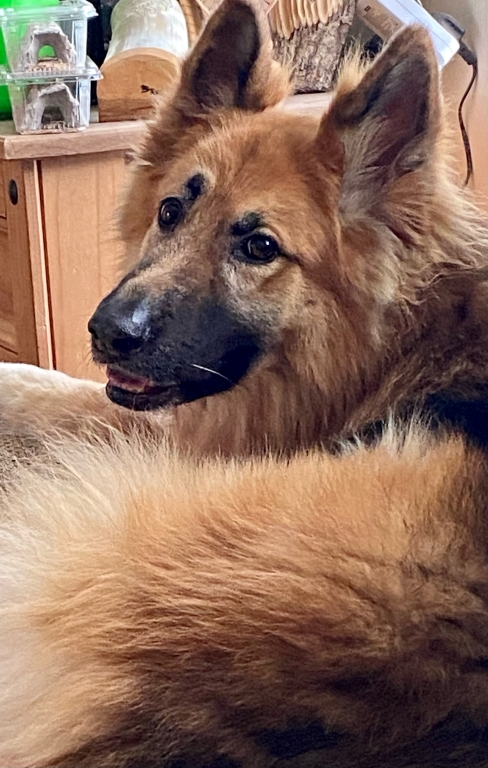 German Shepherd Zula, who has been diagnosed with Gracilis contracture, a rare and unusual muscle problem.

A specialist vet at one of the UK’s top animal hospitals has solved the mystery surrounding a dog’s rare condition.

The six-year-old German Shepherd, called Zula, was referred to Anderson Moores Veterinary Specialists in Winchester, Hampshire, after she developed a puzzling problem in one of her hind legs.

Head of surgery James Grierson, a specialist in small animal surgery, examined Zula and quickly identified it as ‘Gracilis contracture’ – an uncommon and unusual muscle problem.

James said: “We examined Zula and assessed her gait and movement which confirmed it was a rarely seen condition called Gracilis Contracture.

“This condition is a fibrotic contracture of a muscle. Essentially normal muscle becomes fibrous (scar) tissue and no longer functions properly.

“It tends to happen in a specific muscle, the gracilis (inner thigh), in certain breeds such as German Shepherds.

“It produces a very odd and unusual gait which really worries owners but once they know what it is, and that it is not painful, they are a lot happier.

“Unfortunately, there is no corrective treatment for this. If you try and remove it then it just comes back again.”

Zula’s owner Heather Taylor, from Portsmouth, admits she feared that her pet had developed a serious hip problem so was relieved when James explained the real issue.

Heather said: “We had no idea what caused the problem, and I was worried it could have been something really serious like a hip problem.

“James was very reassuring that it wasn’t anything to be too concerned about, so I was relieved by his diagnosis.

“He was very good with Zula, who can come across as aggressive when worried, and I will definitely recommend Anderson Moores to others – in fact, I already have.”