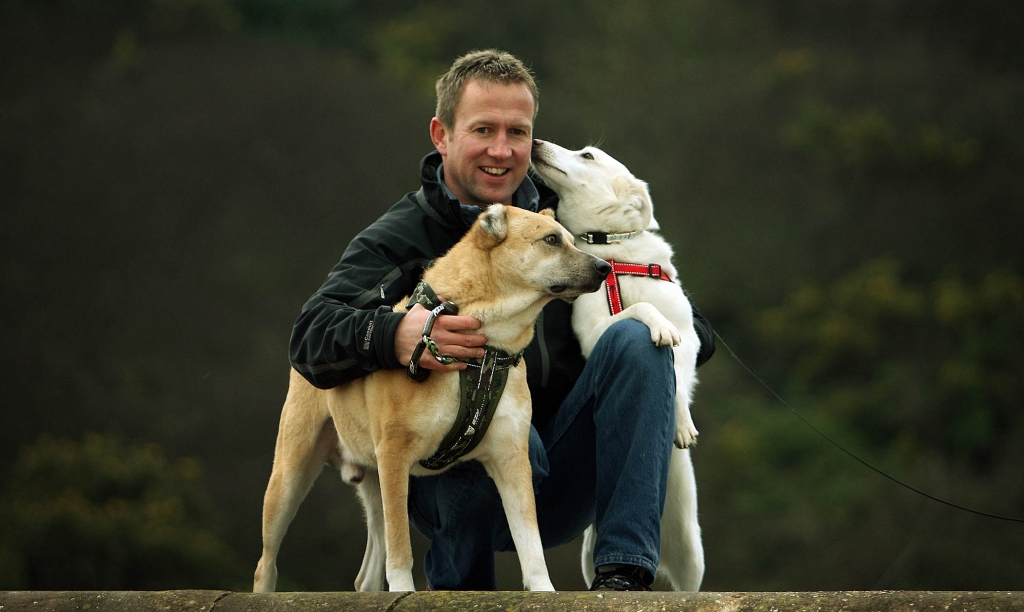 Pen, Tali and Nowzad in Friends for Life 2008. Credit The Kennel Club.

The Kennel Club Charitable Trust has donated towards an emergency evacuation mission for Nowzad, a charity saving animal lives in Afghanistan, and is calling on other animal organisations to support as well, and help to get Nowzad’s staff and animals into safety quickly.

Nowzad is a charity established in 2006 by former Royal Marine Sergeant Pen Farthing, and supported by celebrities including Ricky Gervis and Peter Egan, to help relieve the suffering of animals in Afghanistan. The staff, volunteers and animals in Nowzad’s care are now caught in the middle of escalating military conflict in Afghanistan as the Taliban takes over the country and desperately needs £200,000 to organise evacuation of their veterinary and support staff members, whose lives are in danger. The organisation also needs funds to help save over 200 animals who are currently in their care.

Following its donation towards the fundraising mission – called Operation Ark - The Kennel Club Charitable Trust is urging more organisations to donate and help Nowzad in this desperate situation.

Nowzad is a long-term partner of The Kennel Club and Crufts where they have been fundraising for over a decade, and in 2008, Pen and his two rescue dogs Nowzad and Tali were finalists in the Kennel Club’s Friends for Life competition, at Crufts. Pen found Tali and Nowzad abandoned in the hot dessert whilst on a mission in Afghanistan – Nowzad was a former fighting dog with both ears and tails cut off, whilst Tali was starved and pregnant. The soldiers shared their food with the dogs and Pen developed a strong bond with both the animals, and ended up adopting them.

Reverend Bill King, Chairman of The Kennel Club Charitable Trust, said: “This is an emergency situation where the lives of animal welfare heroes and the animals in their care, are at stake. The Kennel Club Charitable Trust donated funds to Nowzad as soon as we were made aware of their desperate situation and we would like to appeal to other organizations to help them too.

“Their situation is critical and any amount will help, and time is of the essence for the people and animals linked to this inspirational charity. Nowzad has improved and saved the lives of thousands of animals since 2006, despite the difficult conditions the staff often worked in, and the animal welfare world should come together to ensure they get to safety.”

To learn more about Nowzad’s mission and current situation and to  donate visit their website Nowzad.com/donateor for Paypal donations email donations@nowzad.com (UK based donations).

The charity is also asking people to contact their local MPs with an urgent plea to ensure Nowzad’s staff – including the Afghan nationals who work or volunteer for the charity - are able to be bought to safety.