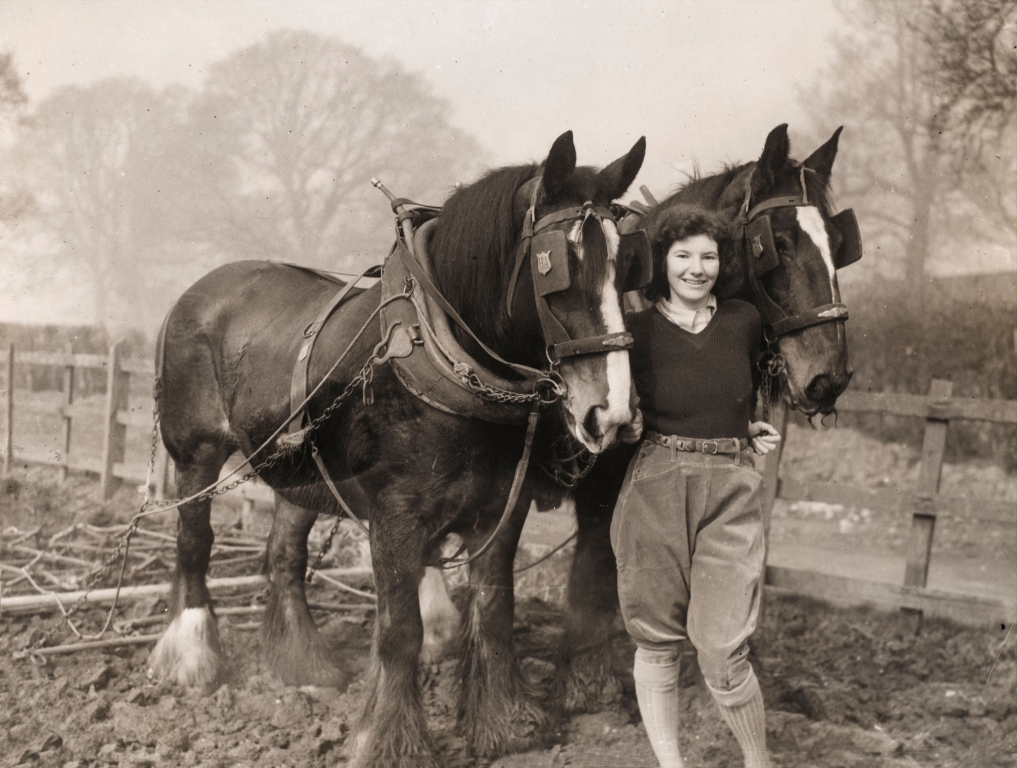 As Britain prepares to mark 80 years since the start of the Second World War, working animal charity SPANA is asking the public to remember another significant anniversary – the formation of the Women’s Land Army.

The Women’s Land Army (WLA) was reformed in June 1939, a few months before the outbreak of war, and filled the gap in the farm workforce left by the hundreds of thousands of men called up to fight.

Britain imported more than two-thirds of its food in 1939 and, during the war, Germany was sinking vast amounts of shipping bound for Britain in the Atlantic in an attempt to starve the country into submission. Producing food domestically on a huge scale was therefore critical.

At its peak in 1944, more than 80,000 female workers – known as ‘Land Girls’ – had joined the WLA and were producing 70 per cent of the nation’s food. They worked closely with working horses, which outnumbered tractors by 30 to one on British farms at this time.

Geoffrey Dennis, Chief Executive of SPANA, which provides free veterinary treatment to working animals in developing countries, said: ‘The contribution made by the Land Girls and the working horses they worked alongside during the Second World War was monumental.

‘At a pivotal time in our history, the Land Girls and the animals that stood side by side with them helped to fuel the war effort on the home front. We owe so much to this army in the fields.

‘Working animals, such as horses, donkeys and mules, are still vital to the survival of people in the poorest communities around the world today. Often working closely with women, these animals are a lifeline – helping to provide food, water and livelihoods. It’s important that we also recognise the contribution of this silent workforce – both then and now.’

Dame Vera Lynn said: ‘The women of the WLA are without question among the unsung heroes of the Second World War – stepping into traditionally male roles and securing Britain’s food supply throughout the conflict.

‘When the WLA was reformed at the start of the war, Britain was producing less than a third of its food by 1939, but – thanks to the enormous efforts of the Land Girls – this rose to 70 per cent by 1943.

‘At the start of the war, horses outnumbered tractors by 30 to one on Britain’s farms – and the Land Girls couldn’t have succeeded without their horsepower.

‘Many women formed close bonds with the animals that worked side by side with them – and this important relationship is still evident in the world’s poorest countries. Millions of women and families still rely on working animals today – and SPANA is there to help them.’

Historian Ruth Goodman, whose television series Wartime Farm highlighted the work of the Women’s Land Army, said: ‘It’s hard to overstate the contribution that the Women’s Land Army made to Britain during the Second World War. Women from across the country stepped up to fill the gap left by men going off to war. Many of these women had never lived away from the city, but were immediately thrown into every variety of farm work – from using horse-driven ploughs, to milking cows and delivering produce on a pony cart.

‘At a time when Britain was besieged and its food supply was under threat, the Land Girls and the horses that worked alongside them played a critical role in helping to feed the nation.

To find out more about the Land Girls and SPANA’s work today, please visit www.spana.org/landgirls.