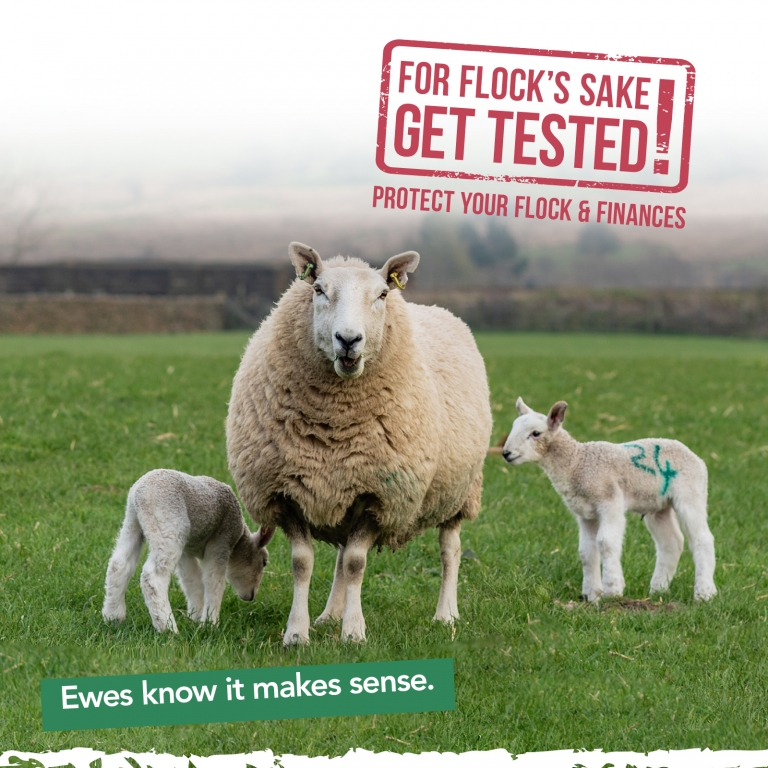 With the majority of farmers embarking on lambing from early spring, vets are being urged to raise the importance of testing for Enzootic Abortion of Ewes (EAE) with their farming clients.

Caused by Chlamydophila abortus, EAE is the most commonly diagnosed cause of abortion in UK sheep1, costing the UK sheep industry up to £20 million annually2.  The most recent APHA/SRUC Small Animal Ruminant Quarterly Report for disease surveillance and emerging threats during Q1 2020 revealed that 42% of all diagnosed abortion cases during this period were attributed to EAE (177 out of 420 cases).  One of the issues that could contribute to these levels of disease is the ability of the bacteria to lay latent in ewes until the next pregnancy.  One infected sheep aborting and then shedding at lambing has the potential to infect multiple ewes that will abort at their next lambing.

Obtaining an accurate diagnosis in cases of ovine abortion is key to putting future preventive plans in place. To support veterinary practices who cannot submit the ideal samples of aborted placenta and foetus, Ceva Animal health has produced a ‘sampling guidelines for ovine abortion investigation’ document.  The guide features information on the equipment needed for sampling, what samples to take and hints and tips to achieve the most accurate diagnosis.

Ceva Animal Health, manufacturer of the EAE vaccine, Cevac Chlamydia, runs Assure Ewe, subsidised farm serology testing for Chlamydophila abortus as part of its For Flock’s Sake Get Tested campaign.  Aborted ewes can be tested for Chlamydophila abortus, ideally from three weeks to three months after lambing and an investigation is warranted if two per cent or more of a total flock have aborted or if two or more have aborted over two to three days, irrespective of the size of the flock. Under the Assure ewe programme up to six ewes can be sampled from flocks that do not vaccinate against EAE. These samples may be useful in flocks where an investigation during the outbreak was not possible, or to confirm the diagnosis in aborted ewes.

Ceva has also produced some top tips for farmers who suspect EAE is present in their flock:

“EAE is the most common cause of abortion in sheep in the UK and it can be incredibly frustrating and expensive for farmers to deal with, which is amplified by the bacteria’s ability to lay latent in ewes,” comments Katherine Timms BVetMed (Hons) MRCVS, ruminant veterinary advisor for Cevac Chlamydia at Ceva Animal Health.  “It is therefore important that any abortion outbreak is identified and managed as quickly and efficiently as possible to help prevent other ewes from getting contaminated and causing an abortion storm.  Vaccination, along with strict biosecurity, offers the best protection against the impact of EAE and can be done any time from five months of age until four weeks prior to tupping, as long as the ewe is not in lamb.”