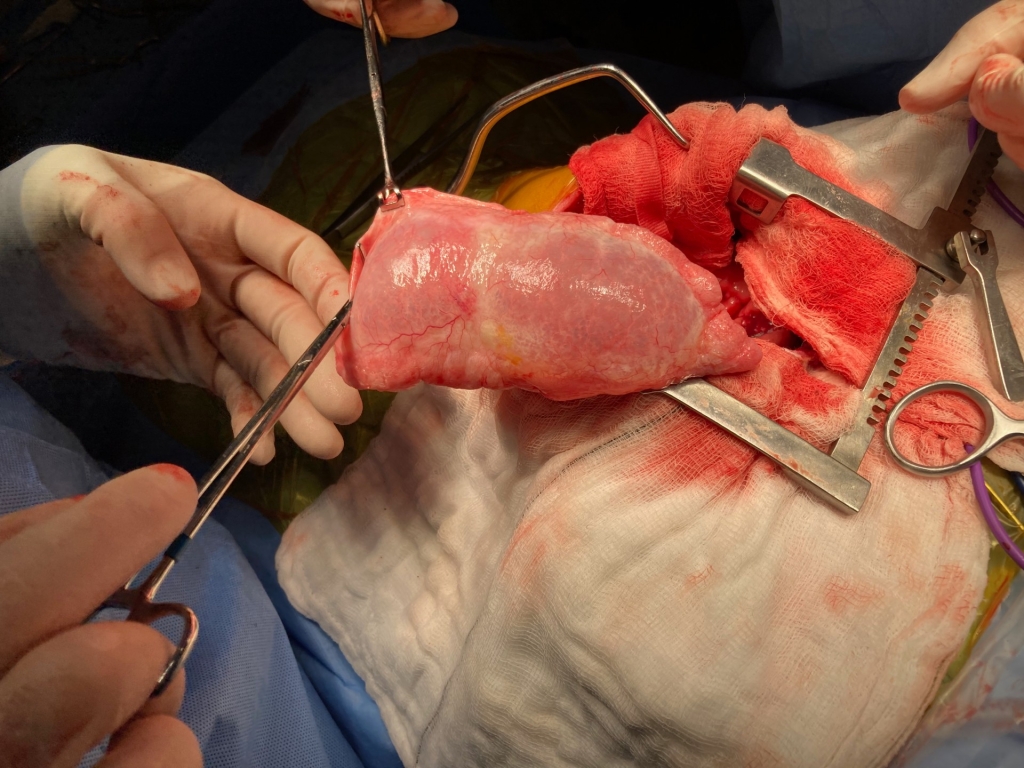 A young West Highland Terrier has undergone open chest surgery at one of the UK’s top veterinary referral centres after being diagnosed with a rare lung condition.

Three-year-old Poppy was taken to her local vets suffering from acute breathing difficulties and general lethargy, with X-rays showing she had collapsed lungs.

The chest cavity was drained from air accumulation between the lung and the chest wall, but the lungs collapsed soon afterwards and Poppy was referred to Linnaeus-owned Southfields Veterinary Services, in Laindon, Essex, for specialist-led investigations.

Southfields’ Esteban Gonzalez-Gasch, a European and RCVS specialist in small animal surgery, explained: “On presentation, Poppy’s respiratory rate was 60rpm with mild inspiratory effort. Normal-to-increased lung sounds were auscultated to the left side of the chest but none were present on the right side.

“Her mucus membranes were pink, moist, with a capillary refill time of two seconds. The rest of the clinical examination was unremarkable.

“Bilateral small bore chest drains were placed and the thoracic cavity was emptied prior to re-scanning. On the second scan the lungs were better inflated and the pneumothorax was resolved.

“A median sternotomy was performed which allowed us to further assess the thoracic cavity. The right caudal lung lobe was severely emphysematous.

“After its removal, no leaks were noted after lung water submersion, so no further treatment was pursued. A new chest drain was placed prior to routine closure of the median sternotomy.

“Poppy recovered uneventfully but stayed hospitalised for seven days before being allowed home with her owners advised she needed strict rest and recuperation for the next four weeks in order to allow healing of the sternotomy.”

Southfields Veterinary Specialists, which is moving to a new £16 million state-of-the-art building this summer, is one of the UK’s elite veterinary referral centres.