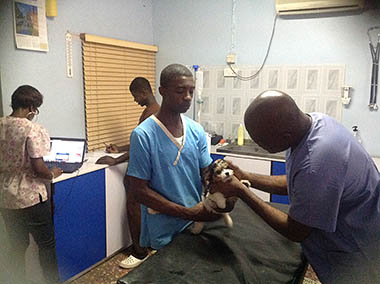 Veterinarians working in Africa The Board of the African Small Companion Animal Network (AFSCAN) has launched a distance learning educational program and set out a roadmap for the creation of five new veterinary associations in Africa. AFSCAN, an initiative from the Foundation of the World Small Animal Veterinary Association (WSAVA)b, which has Zoetis as its major supporter, aims to advance standards of veterinary care across Africa through facilitating the creation of a sustainable network of companion animal veterinarians, associations and specialist groups in Sub-Saharan Africa. At a meeting of the AFSCAN Board which took place during WSAVA World Congress in Cape Town, South Africa, in September 2014 and, thanks to generous support from global veterinary supplier KRUUSE, AFSCAN's educational program, which aims to enable colleagues in Africa to participate in distance learning initiatives, was launched. 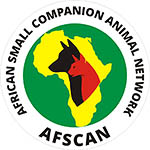 The program provides access to a range of CE resources offered by other supporters via North American Veterinary Community's (NAVC's) VetFolio platform, including Vetstream's point of care information Canis and Felis and proceedings from WSAVA Congresses, on computers and internet-connected devices donated by UK veterinary practices and repurposed by UK charity Computers4Africa. The British Small Animal Veterinary Association (BSAVA) is also supporting this project. Progress was also reported in the setting up of veterinary associations in Kenya, Namibia, Nigeria, Tanzania and Uganda, with the aim of having accepted the first of them into WSAVA membership at WSAVA World Congress in Bangkok, Thailand, in May 2015. With One Health a focus for AFSCAN, differing approaches to rabies control in individual African countries were discussed at the meeting with the need for greater education, especially for children, and the expansion of vaccine banks agreed as priorities. Finally, with research also a focus, the Board discussed plans for the creation of the AFSCAN Small Companion Animal Academic Research Award to support a defined clinical research project related to cats or dogs. The second Fun(d) Run in support of the WSAVA Foundation was also held during WSAVA World Congress with donations dedicated to the fight against rabies. More than 300 delegates took part with the fastest 15 men and women receiving a medal. Plans are already in hand for the 2015 event, which will take place during WSAVA World Congress in Bangkok in May. 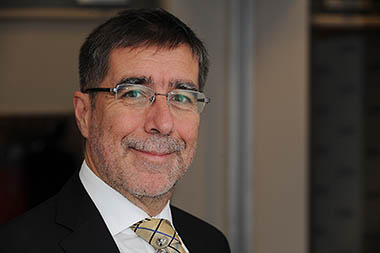 Dr Gabriel Varga, Chairman of the AFSCAN Board Commenting, Dr Gabriel Varga, Chairman of the AFSCAN Board and Director of Business Operations for Zoetis North Europe region, said: "In the six months since AFSCAN was launched, we have built a committed community of experts and partner organizations who share our goals. We are very grateful to them all for their support. "Working together, we will advance the veterinary profession across Africa and, in so doing, improve the lives of millions of animals and humans. With the foundations of our work now firmly in place, we are looking forward to working towards our goals in the months ahead."