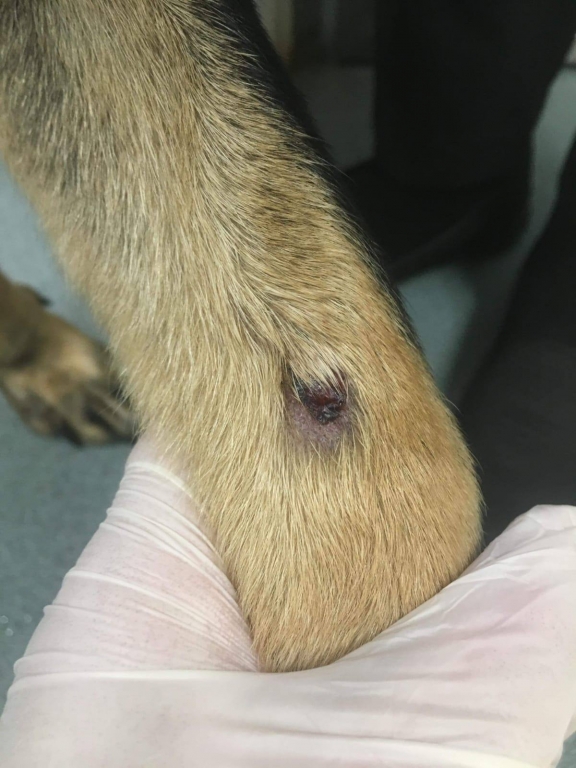 A dog has been diagnosed with Cutaneous and Renal Glomerular Vasculopathy (CRGV or Alabama Rot) in Essex. This is the first case confirmed in East Anglia, although the dog had recently been on holiday with her family in a part of the country, Gloucestershire, where previous cases had been confirmed. Unfortunately, as is the case in over 85% of confirmed diagnoses with kidney failure, the disease proved fatal to the family pet.

The cause of this awful condition is still unknown and, to help raise public awareness of what to look out for, ITV News Anglia interviewed Tom Forsyth, Clinical Director for Highcliff Vets in Brantham. He said,

“CRGV is a horrible disease that has a high fatality rate. It’s important to stay vigilant with your dogs and know what to look for but, to also be aware that a skin lesion doesn’t automatically mean your dog has CRGV. It is a very, very rare disease with only 188 confirmed cases between now and 2012. However, if you are at all worried by a lesion that has appeared, we would always suggest you get it checked by your vet.”

What to look out for:

The owners kindly gave permission for photos of the lesions on their dog to be used to help highlight what to look for. Thanks to them and Highcliff Vets for sharing them.

Owners should check for any unexplained redness, sores or swelling of the skin, particularly on the lower limbs and paws, but also the body, face, tongue or mouth. As Tom said, not all skin lesions mean the dog has contracted CRGV (Alabama Rot). However, lesions caused by CRGV can be difficult to distinguish from cuts, wounds, stings or bites so getting advice from a vet is a sensible course of action.