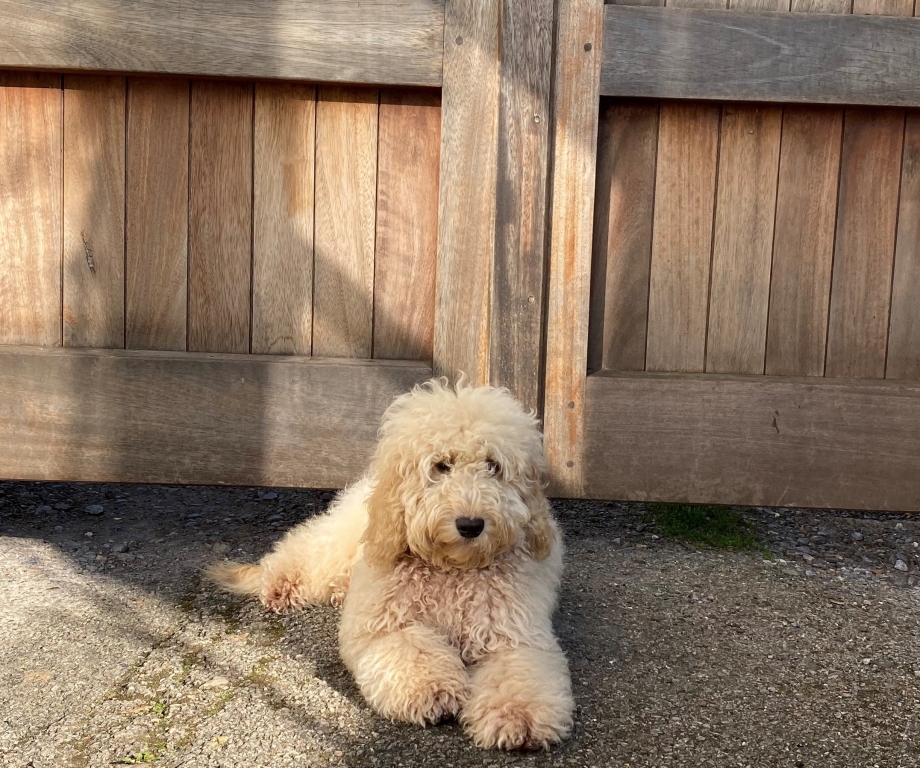 The mystery of a young puppy’s month-long bout of acute sneezing has been solved by a leading small animal hospital in Surrey.

Poor Evo, an 11-month-old Cockapoo, was having up to 15 sneezing fits a day, leaving his local vets mystified as to the problem.

However, specialist Paula Valiente, from North Downs Specialist Referrals (NDSR) in Bletchingley, Surrey, quickly discovered the cause – a pointed large grass seed which had become uncomfortably lodged in a remote part of Evo’s nasal cavity.

Paula, a European specialist in small animal medicine at Linnaeus-owned NDSR, explained: “Evo presented with a history of sneezing 10 to 15 times a day and regularly rubbing his face on the floor.

“We carried out a CT scan which highlighted a small amount of fluid wedged in the front, left side of his nasal cavity. The CT images showed a pointed foreign object which was about 13 mm long.

“We followed up the scan with a rhinoscopy, where we inserted a thin tube-like instrument with a light and a lens to view inside the nose.

“It revealed the presence of a large, barbed grass awn lodged in the dorsal part of the left nasal cavity, which was quite a large object in such a tiny nose.

“So, the mystery was solved and soon resolved. It was a challenging task to find the foreign body in such a tiny space but, once discovered, we were able to remove it easily using a pair of forceps.

“I suspect the grass seed was not visualised previously given the very remote location but, thankfully, the CT scan helped to localise it and identify it.

“Evo recovered well from the general anaesthesia and was discharged later the same day. It was a very successful outcome with no sneezing at all after the procedure!”

Evo’s relieved owner Ian Bayliss, from Kingston Upon Thames, said: “We realised straightaway there was a problem but it was a real puzzle to find out what was causing the constant sneezing.

“We shone torches up Evo’s nostrils trying to see for ourselves if there was a blockage and our local vet also examined inside his nose.

“There was nothing to be seen and he was put on hay fever medication in case it was an allergy but that didn’t work.

“Meanwhile, other dog owner friends told us not to worry and that it would sort itself out but I’m so glad we persisted and had Evo referred to NDSR, who finally found the cause of it all.

“Paula was fantastic and all the staff at NDSR were absolutely outstanding. They found the problem, removed the problem and Evo is back to normal again.

“We’ve not heard a sneeze since so we’re very grateful – and I’m sure Evo is especially grateful.”

He said: “I’m so glad we were able to help poor Evo. Imagine how it must have felt to have a pointy barbed object lodged up his nose. It makes my eyes water to think of it!

“Paula was very skilful to remove the grass seed, sparing Evo the need for a major operation. His recovery, once the offending grass seed was removed, was incredibly quick and we are delighted with such a positive outcome for Evo.”