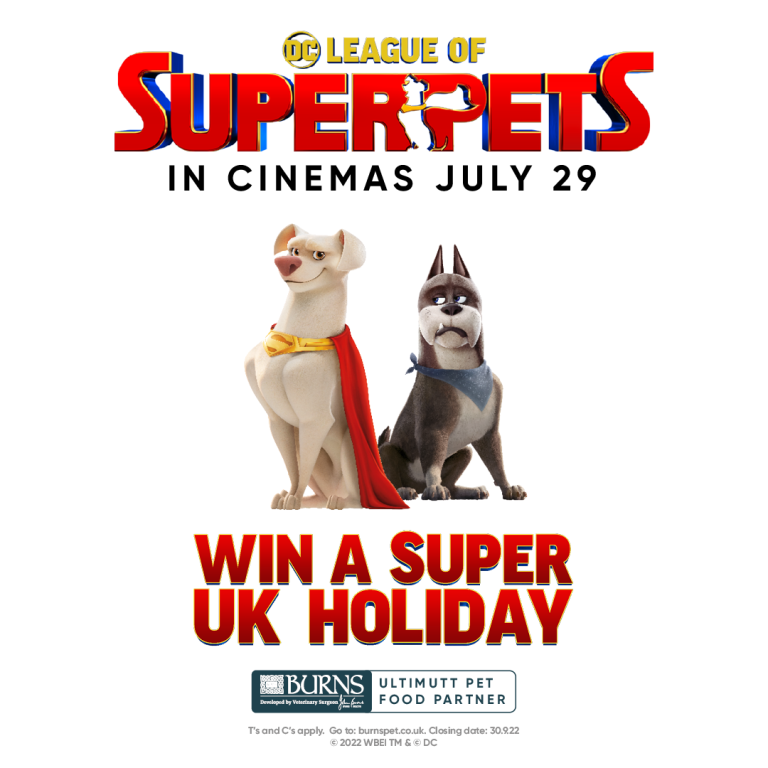 Burns Pet Nutrition Partners With Warner Bros. For The First-ever DC League Of Super-Pets Animated Action Adventure, Only In Theatres

Burns Pet Nutrition is thrilled to announce its first partnership with Warner Bros. to support the release of the highly anticipated big-screen movie DC League of Super-Pets, which opens nationwide in cinemas on 29thJuly 2022.

DC League of Super-Pets promises to be the big family release over the summer holiday season. The on-pack promotional campaign with Burns Pet Nutrition will run in-stores from early July through to September 2022. The promotion will backed by a national marketing campaign including in-store POS, ATL national newspaper ads, social media spend, digital marketing and social media influencer activations.

The promotion offers customers the chance to win a UK Holiday alongside runner-up DC League Super-Pets goody-bag prizes. The winning package will include a two-night stay at a luxury cottage in a location of the winner’s choice for four people, including £300 for spending money and travel.

“As our brand continues to grow and expand, we’re thrilled to be supporting the release of this movie and partnering with Warner Bros. in what we hope will be the start of a fruitful relationship.”