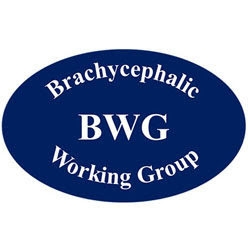 Vets, academics, responsible breeders and welfare organisations are warning the public about the potential demand for flat-faced puppies in the lead up to Christmas, and urging caution when it comes to puppy buying at this time.

Data from Google Trends shows that in the second half of 2020, searches for French Bulldog and Bulldog puppies peaked on 21 and 1 November respectively.

Concerned about these spikes in interest, the Brachycephalic Working Group (BWG), made up of major stakeholders in dog welfare including The Kennel Club, PDSA, Dogs Trust, RSPCA, the Royal Veterinary College, the University of Cambridge, the British Veterinary Association, Bulldog, French Bulldog and Pug Breed Clubs, and DEFRA, is reminding the public to ‘stop and think before buying a flat-faced dog’, especially as the pandemic has had an impact on the supply of responsibly bred puppies.

In-demand brachycephalic breeds like French Bulldogs, Pugs and English Bulldogs are often referred to as ‘flat-faced’ due to their short, compressed heads, and can face health problems such as poor breathing, eye and skin-fold issues. The BWG wants to urge prospective owners – and those who may be first-time owners in particular – to think deeply about the specific potential health issues of these breeds before making a decision to purchase a flat-faced dog.

“Unlike some commodities which are reportedly going to be in short supply this Christmas, and which we’re being advised to ‘buy now to avoid disappointment later’, puppies are living, sentient creatures and must not be bought on a whim,” said Dr Dan O’Neill, Chairman of the Brachycephalic Working Group. “We are particularly worried about rising demand for flat-faced puppies who often suffer from painful health conditions. This demand, spurred in part by the pandemic, coupled with rife puppy farming, rogue breeding and international smuggling of these dogs by profiteering cruel traders, means it’s incredibly difficult to responsibly source one of these dogs at any time of the year.

“Dog welfare concerns only grow at Christmas due to impulsive puppy buying decisions and gift-giving. With this newly released data showing a trend for ‘Christmas puppies’, the UK’s leading pet welfare experts are urging would-be owners to avoid buying any new four-legged friend at Christmas.

“This particular ‘perfect storm’ is worsening an already serious health and welfare crisis for flat-faced dogs.”

Catherine Dobbie, Veterinary Surgeon at Dogs Trust and member of BWG added: “As our famous slogan states, ‘A Dog is for Life, not just for Christmas’. Welcoming a dog into your life is a wonderful thing, but it is big commitment and one that needs to be thought through. This is particularly pertinent when it comes to flat-faced dogs, which may suffer from health issues. We’d urge anyone thinking of getting a pet to consider the long-term commitment and whether they have the time and money to care for that pet for the rest of their life."

Justine Shotton, BVA President, added: “We’d advise owners against getting a dog of any breed around Christmas time, as it’s a big commitment that extends far beyond the festive period and requires very clear and careful consideration. But given the surge in searches around this time of year, we’d recommend that anyone who chooses to buy rather than rescue a dog can ask their local vet for pre-purchase advice, and follow the steps set out in the free Puppy Contract to ensure that they’re getting a happy, healthy dog from a responsible breeder.”

More information about the Brachycephalic Working Group and its appeal to the public to ‘stop and think before buying a flat-faced dog’ can be found at ukbwg.org.uk/