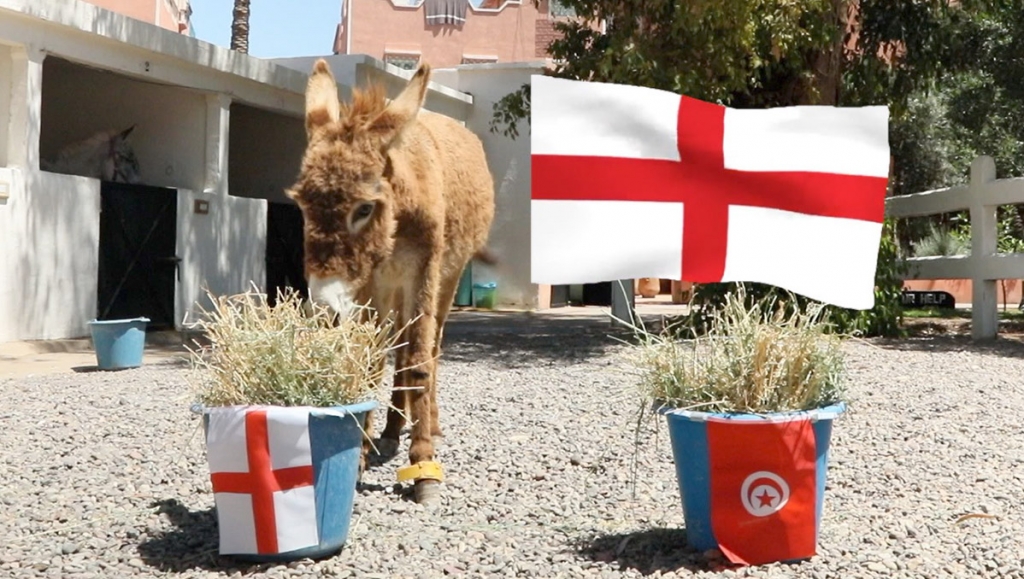 A new rival has emerged to challenge Paul the Octopus’ crown in football match predictions.

Morocco-based Diwa – known as the ‘Donkey of Destiny’ – is taking the 2018 FIFA World Cup by storm, with an outstanding start to his group match forecasts.

Diwa the donkey is a resident at the SPANA veterinary centre in Marrakech, Morocco.

He has been picking his match favourites by choosing between two buckets of hay, decorated with the flags of the competing nations.

In his first few predictions, Diwa correctly selected France and England as winners.

Controversially, he has shunned his home nation, Morocco, in today’s showdown, predicting instead a victory for opponents Portugal.

SPANA is a charity that provides free veterinary treatment to working animals, such as donkeys, camels, horses and elephants, in developing countries around the world.

‘Since the World Cup in 2010, there have been many pretenders – from mystic mules to clairvoyant camels – but Diwa seems to be the real deal.

‘We’ll be willing him on and hoping he can go all the way to the final – but there’ll be bucketloads of hay for him either way.’

He added: ‘We don’t have a crystal ball, but we can say for sure that the future is far brighter for the working animals we treat. All of these hardworking animals deserve a life free from suffering.’

For more information about the Donkey of Destiny, and to see videos of his predictions, please visit: www.spana.org/world-cup-donkey