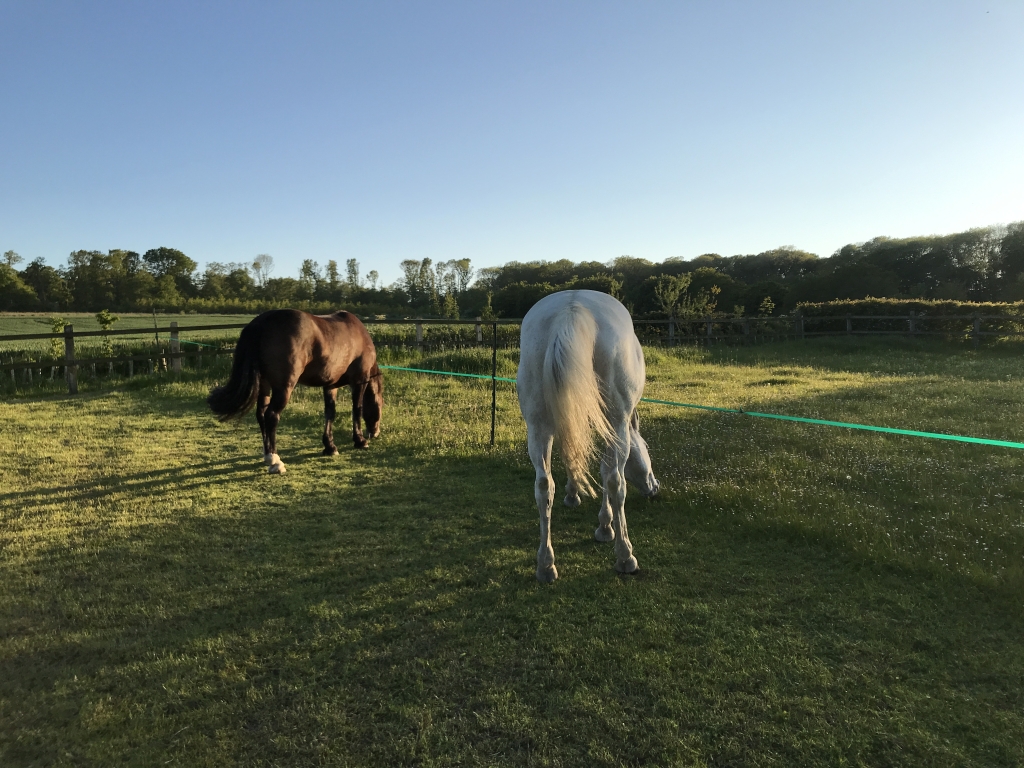 Restricting grass intake is an essential part of many weight management programmes. Having shown in a previous study that strip grazed ponies gain significantly less weight than ponies with free access to restricted grazing over a 28-day period, SPILLERS™ and their research collaborators set out to discover whether eating less as a result of strip grazing also means moving less in the field.

In the second study 10 ponies were randomly assigned to one of two adjacent paddocks. Both paddocks were the same size, had been managed in the same way and subjectively had the same amount of very limited grazing available. Paddock B was divided into seven strips (using electric fencing) with ponies given access to one additional fresh strip of grazing every day; ponies in paddock A had access to the entire paddock for the duration of the study.

In both studies, behaviour and activity levels were assessed on several occasions using a combination of direct observation and activity monitors attached to the poll strap of the ponies’ headcollars.

“The results of both studies showed that the strip grazed ponies moved just as much as the unrestricted ponies,” said Clare Barfoot RNutr, Marketing and Research and Development Director at Mars Horsecare UK, home of the SPILLERS brand. “Similar amounts of time were spent grazing, standing and locomoting (which included walking, trotting and cantering) within the different groups and encouragingly, performance of behaviours related to stress and frustration were low in both studies too.”

“While we were unsurprised to see that the strip grazed ponies preferred to graze the newly accessible grass and spent most time grazing in the four hours after the fence had been moved, we believe this finding could be useful when deciding if and how those prone to laminitis should have access to grass.”

SPILLERS is now looking into the effects of strip grazing on the water-soluble carbohydrate (WSC) or ‘sugar’ content of the grass as well as pasture recovery. To find out more about SPILLERS research work in collaboration with colleagues around the world visit www.spillers-feeds.com