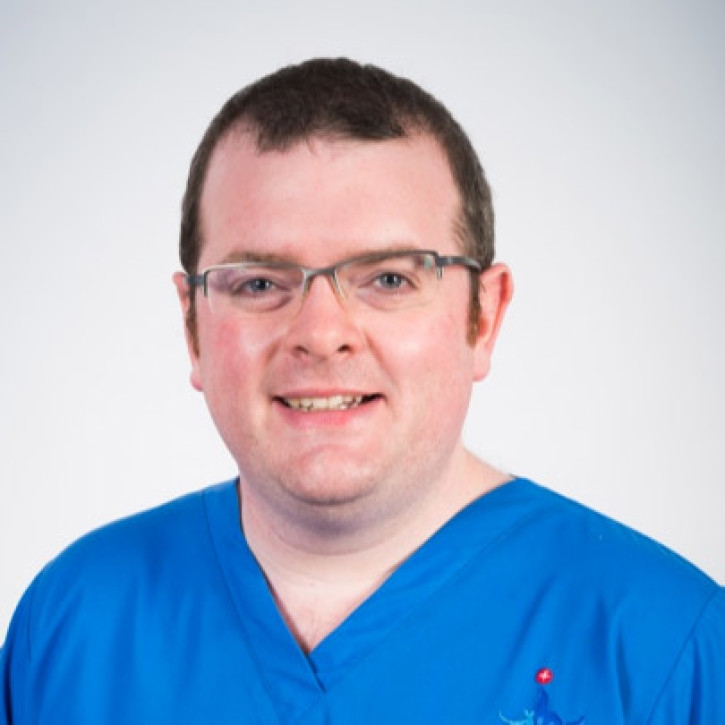 With John’s hand firmly on the tiller, the practice has grown from a small practice in Pittenweem to a large referral hospital in a state of the art, purpose-built surgery in St Monans with one of the busiest Small Animal Orthopaedic Referral caseloads in the UK. The Clinic joined IVC Evidensia’s referrals network nearly two years ago and after a busy, but hugely rewarding 24 years at the helm, John Ferguson has decided to leave the East Neuk Veterinary Clinic to pursue other interests.

Qualifying in 2007 from the Royal (Dick) School of Veterinary Studies in Edinburgh, Pádraig has worked for the PDSA, in a mixed and rural practice and as an ECC vet in Glasgow.

In 2010, he joined Fitzpatrick Referrals as an intern. He went on to become the clinical services coordinator and operations manager. Returning to clinical work in 2014, he achieved his ambition of becoming a European boarded Specialist surgeon in 2019. Much of Pádraig's research, during his training, revolved around innovative treatments for OCD (Osteochondritis dissecans). The team are excited to be able to offer these treatments to animals, in Scotland and beyond, who are suffering from OCD.

“I am proud to have joined such a well-established and renowned team here at East Neuk. I am looking forward to dealing with a diverse population of working dogs and family pets.”

“I am thrilled to be supported by IVC Evidensia to develop the equipment here in the clinic. We have already invested in a 4K Arthrex Arthroscopy Unit – the first of its kind in Scotland and one of only two units to go into veterinary hospitals in the UK.”