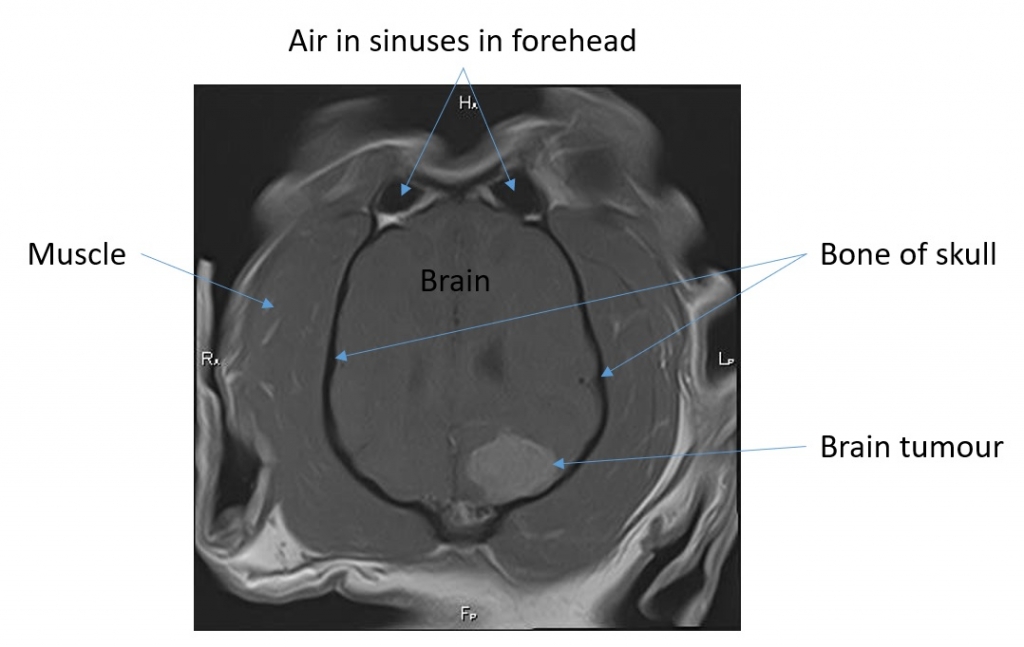 Honey, I Shrunk The Tumour! Life's A Beach For Holidaying Honey

Cuddly Cavachon Honey was given just 18 months to live after being diagnosed with a brain tumour but more than two years later she is now living a life of sun, sea and sand on the idyllic holiday island of Bermuda thanks to innovative cancer treatment by leading Surrey vets.

Honey has astonished her owner and specialist vets with a dramatic and remarkable recovery from cancer, with the life-threatening tumour first shrinking dramatically before disappearing completely.

It’s an amazing story of survival which began in May 2018, when Honey first displayed worrying signs something serious could be wrong.

She was referred to the renowned Linnaeus animal hospital North Downs Specialist Referrals (NDSR), near Bletchingley, in Surrey, after her condition worsened, including suffering a spate of epileptic seizures in quick succession.

NDSR’s neurology specialist Francesca de Strobel, who led the initial investigations, explained: “Honey’s owners were extremely worried due to the sudden and alarming development of these epileptic seizures.

“I was immediately concerned about the possible presence of a brain lesion, so we performed an MRI scan and took some cells from the fluid that bathes the brain and spinal cord for further analysis.

“The tests revealed Honey actually had a tumour and the cells from the fluid indicated it was a cancer called lymphoma.”

The news was a huge blow to Honey’s owner Julie Tomkins, who admitted: “To say we were devastated is an understatement.

“We were told the tumour could only be treated as palliative and that Honey’s life expectancy would not be any more than a year to 18 months. We were not expecting that news. After all, she was only seven-and-a-half.

“Honey is the first dog I have ever had and she is such a kind and gentle little thing, we wanted to give her the best opportunity to survive - and thank goodness we did!”

Honey was immediately transferred to the specialist oncology service at NDSR, which is part of UK-wide
Linnaeus, where she began oral chemotherapy treatment, which she received once a month to begin with.

NDSR clinical director and oncology specialist Gerry Polton said: “Honey tolerated the medicine very well. She didn’t have any more fits but we couldn’t be certain whether this was due to the chemotherapy working or due to the anti-seizure medication she had also started.

“The only way we could tell the treatment was working was to repeat the MRI scan. This was done in
December 2018 and, incredibly, the tumour had shrunk by around 80 per cent.

“Honey continued her treatment with a gradually increasing interval between doses and was scanned again in December 2019.

“Again, the results were remarkable. The tumour had resolved – all that remained was a thin crescent of scar tissue.

“Honey will finally finish receiving chemotherapy at the end of this year (2020) and it is amazing to see her looking so well more than two years after her initial presentation.”

Delighted owner Julie Tomkins, originally from Surrey but who has now emigrated, along with Honey, to Bermuda, added: “We all think Honey’s response has been incredible and even Gerry was somewhat speechless when we last had her scanned.

“None of us could believe the news that the tumour had gone.

“Honey is now 10 years old and loving her new life here in Bermuda, walking on the pink beaches and sometimes dipping her paws in the warm sea.

“We are so grateful to Gerry for his expertise and kindness and believe Honey is a true success story which he should be proud to be associated with, just as we are.

“NDSR is an amazing practice and everyone I met there was kind and helpful. I met lots of lovely dog owners there during my visits, too, and each with their own stories about their furry best friends. One thing in common was everybody could not praise this facility enough.

“I hope I never have to recommend anyone to go there but, if I do, I know they would get the best treatment ever.”