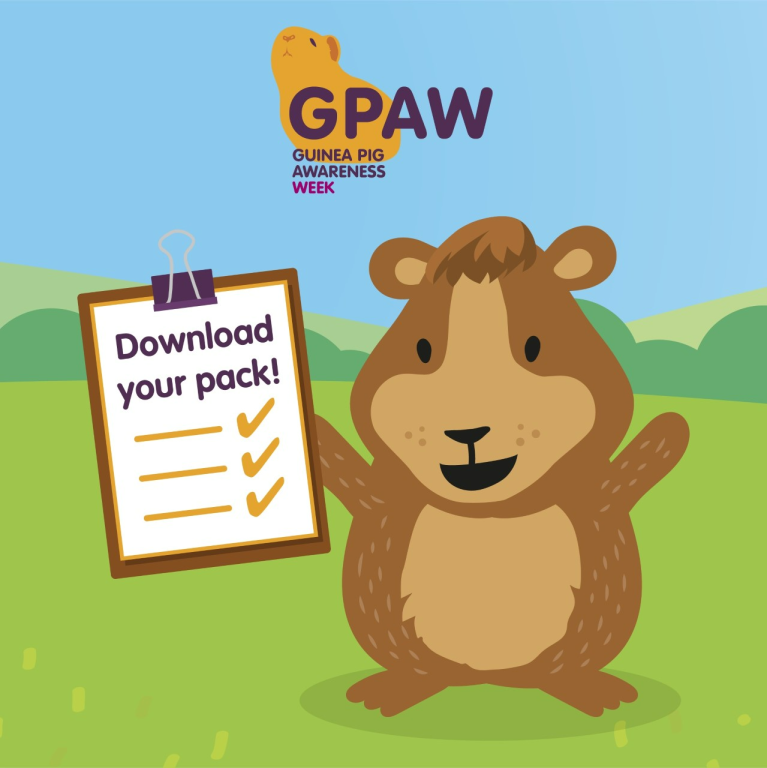 
The organisers and partners of the second annual Guinea Pig Awareness Week (GPAW) have announced that as a mark of respect following the death of Queen Elizabeth II, this year’s GPAW will now take place from Monday 26 September - Friday 30 September, a week later than originally planned.

Following the recent announcement of this year’s campaign theme, Home Squeak Home, GPAW’s organisers are urging the UK’s veterinary practices to show their support by downloading a digital pack, which is available to help them organise and promote their own digital events.

Endorsed by the British Veterinary Association and British Small Animal Veterinary Association, Home Squeak Home intends to raise awareness of the specific housing needs of guinea pigs, which will be delivered through a variety of online content on the GPAW Facebook page, including educational videos, live streams, and Q&As from experts and veterinary professionals.

“Given this time of national sorrow following the death of Her Majesty The Queen, as a show of respect we felt it appropriate to postpone the launch of GPAW until 26 September.

“We’re delighted that some vets’ practices have already downloaded their digital GPAW packs and are getting behind this year’s important campaign. With GPAW less than two weeks away, we’d love to see even more practices helping us to throw the spotlight on these adorable creatures and their specific welfare needs, including their housing, through our national campaign dedicated to improving guinea pigs’ lives.

“GPAW is a fantastic opportunity to educate owners about how their can give their guinea pigs the best possible care, and to highlight the responsibility that comes with ownership.”