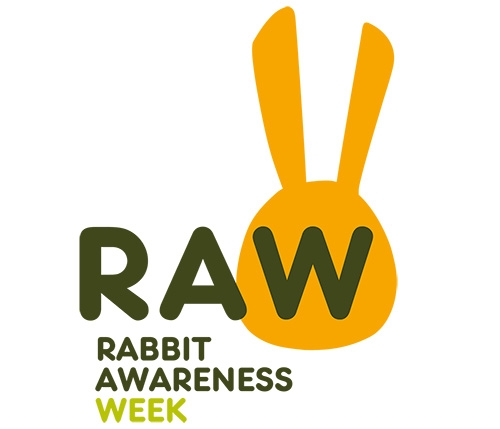 
Burgess Pet Care, the organisers of Rabbit Awareness Week (RAW), announces that this year's campaign Room for Rabbits has been one of the most successful RAW campaigns yet.

This year’s RAW shone a light on how to create suitable indoor and outdoor environments for pet rabbits in the UK and attracted over 3000 campaign packs downloads from the Rabbit Awareness Week website.

A survey[1] of veterinary professionals who supported RAW shared their views on this year’s campaign, which found that: -

The survey also revealed that 64% of rabbit owners had downloaded a RAW pack and more than half (52%) said they had learnt something new about rabbit housing, as well as how to improve the lives of their pet rabbits.

Encouragingly, almost half of owners surveyed (47%) said they will be adding new items to their rabbits’ housing, and over half (54%) intend to make new items for their rabbits or upcycle household items after engaging with RAW.

“We are delighted that RAW continues to have a positive impact on the lives of the UK’s pet rabbits, with this year’s campaign successfully raising awareness about the importance of creating the right environment, whether that’s indoors or outdoors.

“Whilst the findings of the latest PDSA Paw Report suggest that owners are recognising their rabbits’ need for exercise and space to roam, it also found that 190,000 rabbits are living in inadequate housing conditions , which is why, collectively, the RAW partners will continue to work tirelessly to improve the lives of the UK’s pet rabbits to ensure they have the best life possible.

“We are so grateful to everyone who got behind this year’s campaign – every veterinary practice, rabbit owner, rescue centre and pet shop retailer – for their fantastic response and continued support in helping us to improve rabbits’ health and wellbeing. Work has already begun on planning for next year’s campaign, and we look forward to announcing more details soon.”