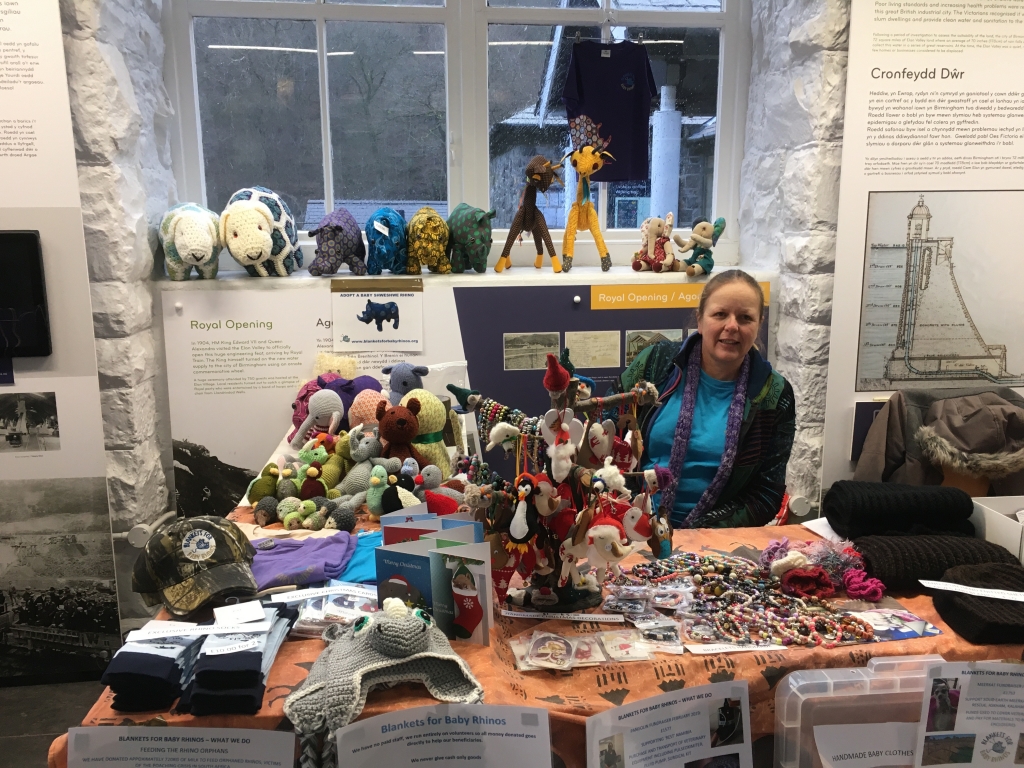 Points of Light are outstanding individual volunteers – people who are making a change in their community. First established by George H W Bush in 1990, over 6,000 Points of Light have been recognised in the US. UK Points of Light was developed in partnership with the US in April 2014.

Through Elisa’s tireless work and enthusiasm, Blankets for Baby Rhinos has amassed a global Facebook community of around 3,500 members in less than three years. The volunteers are primarily knitters, crocheters and crafters, who make blankets and other items for wildlife centres which take in orphaned and sick rhinos in Africa, as well as other wildlife threatened by poaching.

After quickly building a following, Elisa wanted to harness the enthusiasm of members, to help meet the other practical needs of the centres, as well as helping rangers and dogs working in anti-poaching units.

Not only has Elisa inspired thousands of volunteers worldwide to participate, she has also helped raise over £36,000. This money has been used to help rhinos, anti-poaching dogs in the Kruger National Park.

In a personal letter that Elisa received from the Prime Minister he said,

“I know you do this with no thought of praise or reward, but allow me to offer my own recognition of how you have inspired thousands of volunteers across the world to join you in knitting blankets and making donations that benefit orphaned and endangered wildlife.”
Elisa is always quick to point out that none of this would have been possible without the heads and the rest of the group who put in a huge amount of time and effort. Nita Smith runs the South African arm of BFBR and, as well as crafting and running the Facebook group, she deals with all of the purchasing and the delivery of good. Carol Lakin runs the online shop in the UK which has raised a huge amount for the charity. Valarie Means from the USA does the fundraising for the American arm running raffles and online auctions.

“I’m honoured to accept this award on behalf of an amazing global group of unpaid volunteers. This award is really for everyone involved, not just me. Our little group (Blankets for Baby Rhinos) has proved that lots of small actions can make a huge difference and that we can all do something to help fight the demise of our wildlife globally. I am proud to be a part of this group."