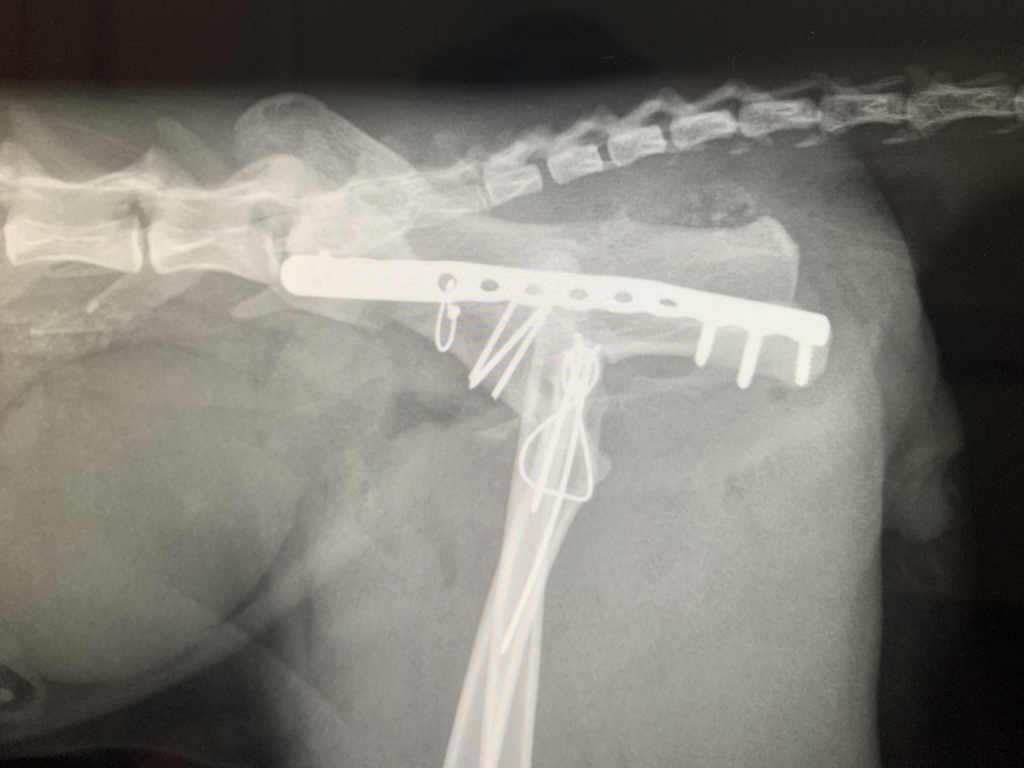 A seriously injured cat who suffered a horrific fracture of the pelvis when hit by a car, is back on all fours again after extensive reconstructive surgery at a leading veterinary centre in the West Midlands.

Four-year-old Stanley is once again jumping for joy – and on to kitchen worktops – after undergoing complex surgery to repair his shattered pelvis and other internal damage caused by the traumatic collision.

His pelvis was wired, screwed and plated back together in an intricate two-hour operation led by advanced small animal practitioner Jon Mills at West Midlands Veterinary Referrals, near Burton-on-Trent in Staffordshire.

The expert vet at Linnaeus-owned WMR even captured the full and dramatic extent of the surgery in a series of post-operation images which help explain Stanley’s incredible recovery.

Jon explained: “Stanley had a horrific pelvic fracture which presented us with a series of challenges from the start.

“He was in so much pain that his behaviour was very fractious, which meant we were only able to perform a very limited pre-op examination.

“When we finally saw the extent of the damage it was immediately clear that he required extensive attention to repair his injuries.

“Fixing it required numerous pins and wire, and this was all buttressed with a 2.4mm locking plate.

“There were a few minor comminutions. A trochanteric osteotomy, fixed with two pins and wire, facilitated accurate reduction which was pleasing.

“There were three pins and a cerclage wire used for initial reduction and the plate had three screws proximal and three distal.

“A urethral catheter was sutured in for the early post-op period.”

The operation was a complete success but Stanley understandably took time to recover due to the associated neurological damage.

Jon said: “For a short while following the operation, Stanley had problems using the leg but after some loving care at home and a little patience, he is now using all four legs with ease and returning to normal behaviour such as jumping up on to the kitchen counters!

“Everyone here at West Midlands Veterinary Referrals is delighted he has made such an excellent, full recovery.”