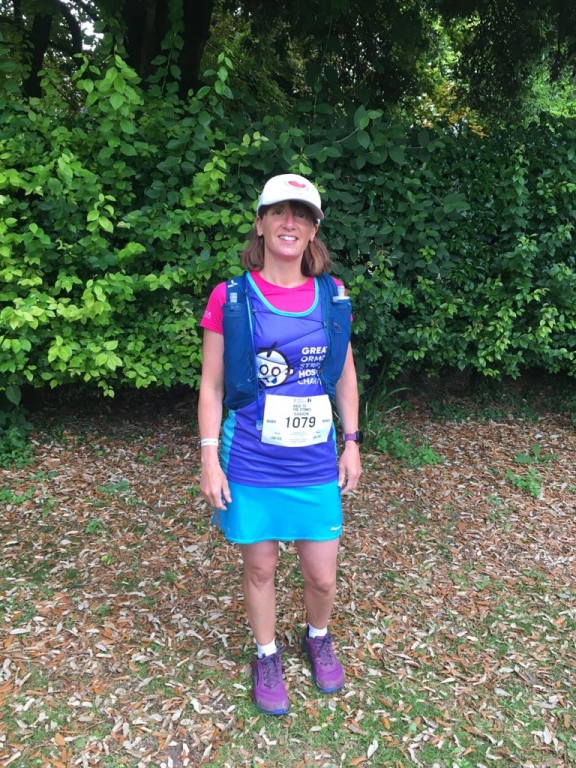 A super-fit nurse at one of the UK’s top animal hospitals has completed an incredible 100km ultramarathon to raise funds for Great Ormond Street Hospital for Children.

Sharon Allen, a registered vet nurse and hydrotherapist at Linnaeus-owned Brentknoll Veterinary Centre in Worcester, covered the gruelling route from Oxford to Wiltshire in 21 hours.

Her epic trek helped raise £1,425 for the world-famous West London children’s hospital – and she’s already pledged to do it all over again next year!

Sharon, who teamed up with sister-in-law Georgina Bailey-Allen for the event, said: “I just feel incredibly proud of what we have achieved on our journey.

“We came out of our comfort zone and completely pushed the boundaries. Call us crazy but we can't wait to sign up for next year!

“We’re both delighted that we raised so much money for Great Ormond Street which will be used to transform the health and wellbeing of children and young people.”

The ultramarathon was called ‘Race to the Stones’ and followed the ancient route of The Ridgeway from Oxford, across the Chilterns and the North Wessex Downs to finish at Avebury Stone Circle.

Sharon added: “It was a fantastic, well-organised event by The Threshold Trail Series with pit stops every 10 to 15km brimming with energy drinks, energy bars, fruit, sandwiches, tea and lots of chocolate, which was definitely the highlight of the journey.

“We did it in two sections. After 50km we arrived at the halfway stage relieved to have made it this far and happy to reunite with our families and settle in amongst the hustle and bustle of tired and euphoric runners and walkers.

“We huddled around the fire pit as the sun was setting but we couldn't allow ourselves to feel too cosy as it was soon time to transition to stage two.

“We had already walked 32 miles and now had to do it again, already tired but now heading out into the darkness.

“There were two pit stops along the way, about three hours apart. On the menu at 1am was porridge and Marmite sandwiches and at 4am it was vegetable soup, peanut butter and jam sandwiches.

“Finally, at the finishing line, there were tears of joy, shock and disbelief.

“The hours, weeks and months of training were defined in that moment. The realisation that you can absolutely do what you set your mind too.

“It's funny looking back. I used to think 10 miles was a long way but when we reached that point there was still so far to go.

“We hit 18 miles, then completed a marathon, then two marathons. I thought to myself ‘how can this be possible?’ but with sheer grit and determination, we just kept walking and sure enough we made it to 100km.”