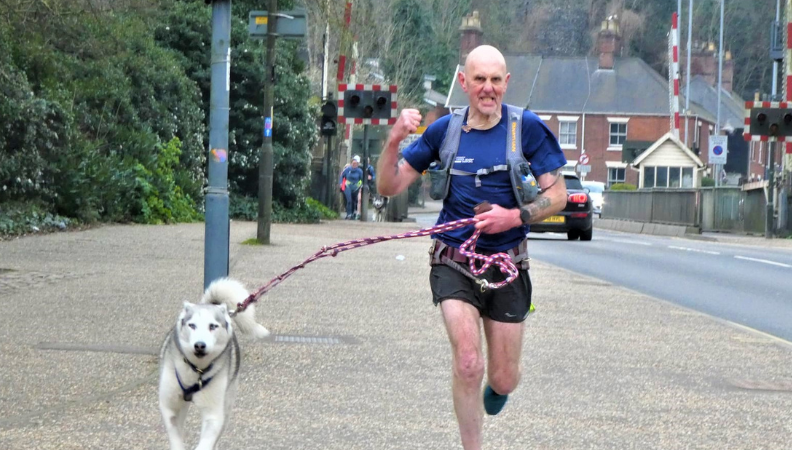 A regular Saturday for the Featherby family turned into an emergency rush to the vets when Loki, their Siberian Husky, collapsed while out on a walk.

Upon arrival Loki was barely responsive, his pulse rate was very high, and his blood pressure and red blood cell count were dangerously low.

Immediately seen by the team at Taverham Vets, Loki had to be given intravenous cannulas to deliver intravenous fluid therapy. Thankfully, the brave Husky started to gradually improve, and his blood pressure eventually stabilised.

Ultrasound examination revealed a large volume of free fluid in Loki’s abdomen and a splenic mass that would require surgery. He was so unwell that he needed an immediate blood transfusion to get him through the surgery. This is a complex procedure requiring gentle warming of the blood, a completely aseptic administration, constant supervision and adjustments all while monitoring for possible adverse reactions.

Loki was taken to surgery and Vet Sophie performed a splenectomy (removal of the spleen), after which Veterinary Nurse Georgia monitored Loki under general anaesthesia. During the surgery it was found that Loki had some suspicious looking lesions on his spleen, liver and omentum.

Biopsies were taken to confirm their pathology via an external laboratory. During surgery Loki had 2.5 litres of fluid suctioned from his abdomen and lost an enormous amount of blood from the ruptured splenic mass.

Following surgery, Loki had a tough road of recovery ahead. He spent several days in hospital and was intensively nursed by the team around the clock. His dedicated owners visited every day, bringing him his favourite treats and the company of his fellow Husky housemates, Mum Tala and Sister Luna. Eventually Loki was well enough to continue his recovery at home, much to the delight of his owners.

The results from Loki’s biopsies sadly showed that he had a cancer known as a Haemangiosarcoma attached to his spleen that had spread to his liver. Loki needed to therefore start a chemotherapy treatment program that involved a chemotherapeutic drug called doxorubicin, administered intravenously every 3 weeks for a total of 6 doses.

Together with the never faltering love from his owner Neil, Loki is continuing to live each day to the fullest.

What makes Loki’s story even more amazing is that since his surgery and subsequent diagnosis, he has been a figurehead for fundraising activities.

His fundraising has included a 100-mile run entitled ‘Anything for Loki Cross Norfolk Challenge’ completed by his owner Neil (during which Loki joined in at various points including the grand finale).

This raised a staggering £5,100 for local charities including Hallswood Animal Sanctuary, Nelson’s Journey, Pawpers in the Ruff, NI Dog Rescue and Fox Angels. You can still donate to Loki’s GoFundMe page here.

“Loki is an incredible patient who takes all he has been through and his ongoing treatments in his stride. He is doing so well and is even running regularly with his owner and his Husky family.

“Loki’s story is a real-life example of the resilience, determination and strength of the dogs that we are so lucky to share our lives with.”

Stories like Loki’s really highlight the importance, not only of brilliant teams like the one at Taverham, but also the importance of canine blood donors. Without generous donations, vets would be unable to save dogs like Loki in the future.