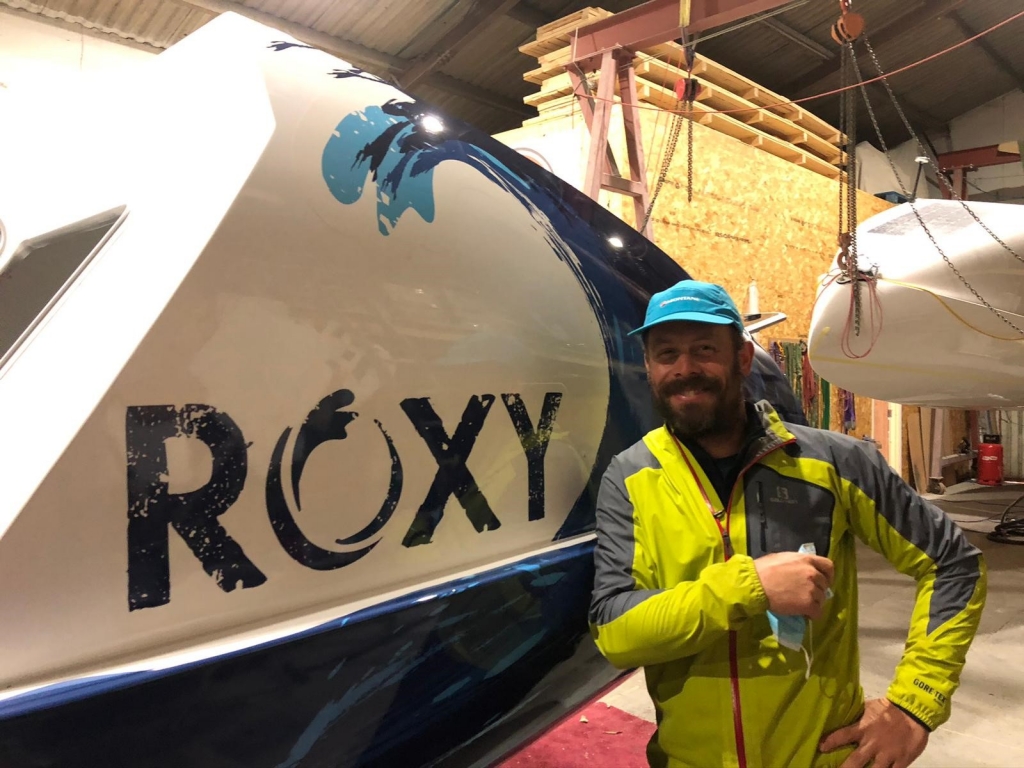 A Herefordshire vet is to undertake an epic 3000-mile row across the Atlantic next month after suffering a devastating double cancer blow.

Simon Lyddon, who runs IVC Evidensia practice Vine Tree Vets in Ross-on-Wye will be part of a 12-strong team setting off from the Canary Islands in March on a 40-day adventure.

Simon lost his dad Peter after an 11-year battle with prostate cancer. Soon afterwards Simon, 44, was shattered when his wife Mel was diagnosed with breast cancer.

Thankfully, surgery, radiotherapy and chemotherapy has put Mel, an NHS physiotherapist, on the road to recovery.
But Simon, who like many vets faces struggles to balance his wellbeing, needed his own therapy and focus to help him support Mel’s battles.

Despite having no rowing experience, he has thrown himself into punishing daily training sessions for the gruelling 40-day ocean marathon to raise money for Macmillan Cancer Support.

He’s hoping current restrictions will still allow him to fly out to the Canary Isles in March 2021 and be part of a 12-strong team setting off on purpose-built Roxy.

Simon has been backed by IVC Evidensia who have given £6000 towards his £15,000 sponsorship costs which will allow him to gift 100% of fundraising donations directly to Macmillan.

“Being able to walk round the new surgery with him shortly before he died was a really poignant moment,” said Simon.

Just two years later dad-of-two Simon was shattered when Mel was given her diagnosis.

“It felt like the rug had been pulled from you and suddenly you’re on the floor trying to take it in,” said Simon.

“The cancer had spread to local lymph nodes and that was when you go to a much darker place. There’s no hiding from the fact that statistically the picture is markedly bleaker.”

Mel underwent two operations and, two-and-a-half years on, things are, thankfully, looking good although Simon says that “cloud in the background” will remain until a final all-clear.

Mel’s treatment has been at the Macmillan Renton Unit at Hereford County Hospital. Having seen the facilities and amazing work done, Simon wanted to pay something back and raise funds for Macmillan.

The Atlantic row inspiration came totally by chance on a holiday to Antigua in 2019 to help mark the end of Mel’s initial course of treatment.

“We did a tour of a museum where there was one of the boats from the company that had originally set up the rowing race across the Atlantic,” explained Simon.

“In my very early vet days I’d seen coverage of the race and it got under my skin. It was nothing more than a pipe dream but that display reignited a flame. “I wanted to find a meaning to life but also to give help to an organisation that has supported us so well.”

Prior to this voyage, Simon had only pottered about on a canoe on the River Wye, but he has thrown himself into the epic voyage on board the 11.8-metre-long Roxy.

Each crew member, aged between 18 and 60, will row more than 1.5 million oar strokes, taking two-hour shifts and battling sleep deprivation.

They’ll burn over 5000 calories a day and can expect to lose about 12kg of bodyweight during the crossing.

Training has been disrupted by COVID-19 restrictions, but Simon has been pushing himself to the limit to be in the best possible shape for the proposed departure to Tenerife.

“It has actually helped give me even more energy for the challenges of my day as a vet,” said Simon. “I try to get an hour on the rowing machine at home before 7am and I have a machine at work too.”

“For an extreme undertaking, this voyage will absolutely be the very safest it can be,” adds Simon. “But a handful of people have been lost over the years doing this journey and if we do get into trouble, we’ll have to rely on radio passing vessels for rescue.”

If you are interested in helping sponsor Simon’s challenge, email rowformacmillan@gmail.com

Or to donate to Macmillan please visit https://uk.virginmoneygiving.com/fundraiser-display/showROFundraiserPage?userUrl=rowformacmillan&pageUrl=1