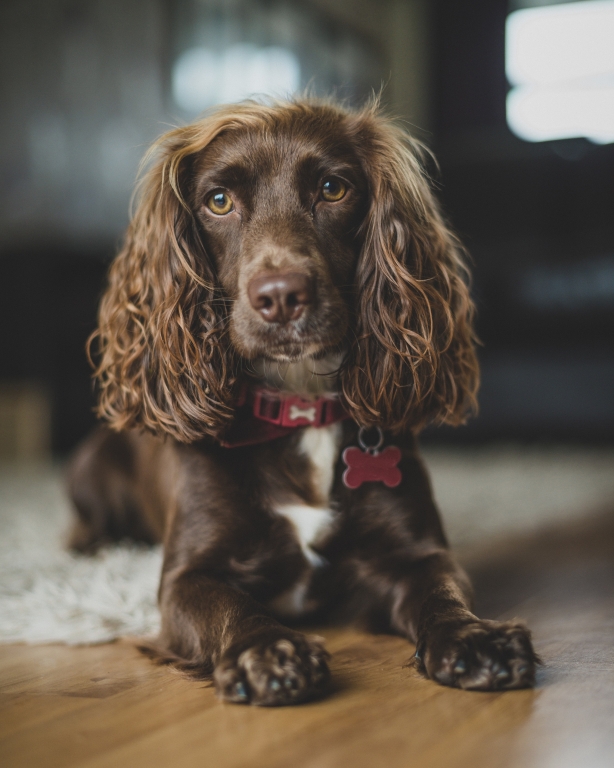 Vets at a leading Scottish referral centre have solved the puzzling problem of a dog’s dramatically swollen tongue and jaw.

Four-year-old Sprocker, Lola, was referred to Linnaeus-owned Veterinary Specialists Scotland (VSS), in Livingston, for emergency care after being left unable to move her mouth properly due to the mysterious swelling.

Dr Sam Woods, clinical director at VSS and a specialist in small animal surgery, explained: “Lola arrived at VSS suffering from a severely swollen tongue, with swelling extending under the jaw. She was struggling to make any movement with her mouth and tongue and was continually drooling.

“The cause of the swelling was unknown and there were no obvious signs of impact or injury, so advanced imaging using a CT scan was performed to investigate the problem.”

Elizabeth Munro, known as Bewe, diplomate in veterinary radiology at VSS, assessed the CT images which identified the source of the problem – two pieces of stick embedded inside Lola’s tongue.

Bewe explained: “The CT was consistent with a stick injury and associated severe soft tissue swelling.

“As the stick was embedded in the tongue and, therefore, could not be seen on visual inspection, ultrasound examination of the tongue under general anaesthesia was used to pinpoint its exact location.”

The problem was that Lola’s tongue was so swollen that it proved difficult to place an endotracheal tube to anaesthetise her and, as a result, a tracheostomy tube was inserted.

Dr Woods took charge of the procedure and said: “Bewe’s ultrasound of the area identified two pieces of suspected stick, one about 3cm and another of around 5cm.

“An incision, under ultrasound guidance was made at the site of the sticks and released a large volume of pus. I then used forceps to grasp and successfully remove the two separate sticks.

“Lola recovered really well and we were able to remove the tracheostomy tube two days after surgery, as the swelling subsided. Lola was then allowed home when it had subsequently resolved and she was eating well again.”

Grateful owner Daniel Mainland, from Glasgow, was delighted to welcome back his beloved pet and was left mystified as to how the pieces of stick had become embedded in Lola’s tongue.

He said: “My first reaction was disbelief at what was happening and obviously I was extremely concerned as it was an emergency situation.

“When I was told they’d found a foreign object in Lola’s tongue I was amazed and couldn’t imagine how or when it had happened.

“Lola loves tennis balls so we can only image that maybe she has opened her mouth to pick up a ball and the sticks have gone in then.

“The vets at VSS were really good and kept us fully informed at every step of Lola’s treatment and progress.

“I’d definitely recommend them to other dog owners. We wanted the best for Lola and that’s exactly what we were given and we’re very thankful.”