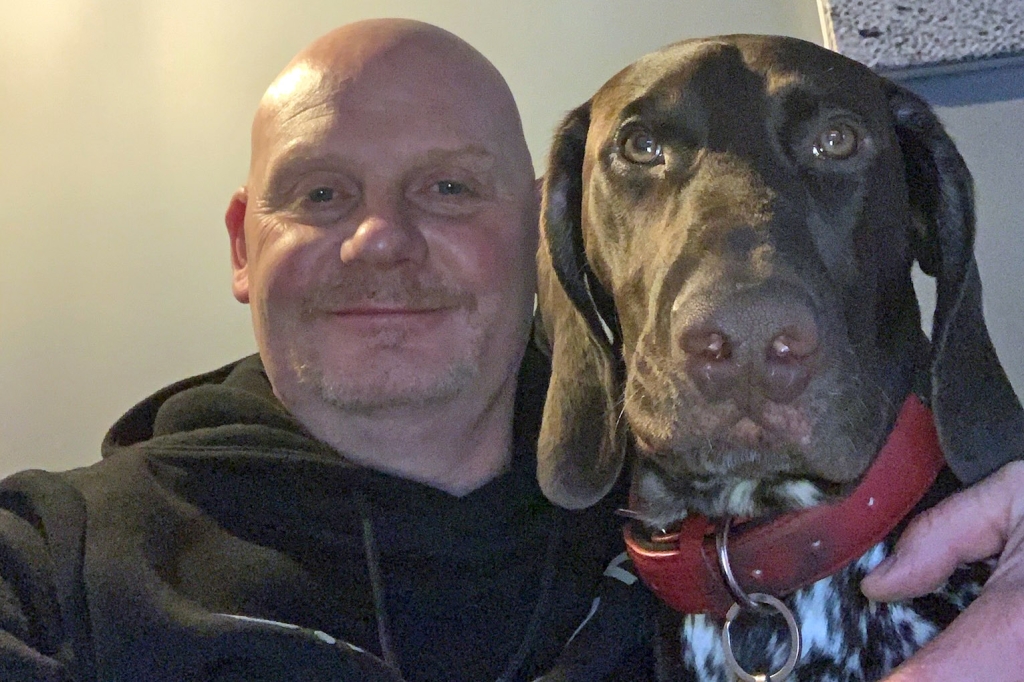 A young German Shorthaired Pointer has made a miraculous recovery from what vets described as one of the worst cases of the potentially-fatal parvovirus infection they had ever seen.

Thirteen-month-old Murphy needed nine days of intensive care at Paragon Veterinary Referrals, in Wakefield, after falling ill while his owners were on holiday in Tenerife.

Shaun Stead, 48, wife Michelle, 49, and son Taylor, 17, from Swinton, South Yorkshire had to cut short their trip and make a mercy dash back to the UK to be with Murphy, after their dog sitters got in touch to warn them he had developed diarrhoea and sickness.

Andrea said: “Murphy came to Paragon so weak he was unable to walk and he was taken via trolley from the car park directly into the isolation ward. I had already spoken to Murphy’s local vet earlier in the day to discuss his investigations and give advice.

“Murphy had been tested for parvovirus three times already and his results had returned as negative. Due to his severe bloody diarrhoea and blood tests showing his immune system had been attacked, we were both still very suspicious he had this virus.

“Murphy had intensive nursing treatment and was kept isolated from other dogs in the hospital. A PCR test for parvovirus returned a positive result and we had the diagnosis we were suspecting.

“Murphy needed a feeding tube to allow him to receive liquid medication. He gave us a few tail wags when he was starting to feel better and gradually over nine days his wonderful character returned, and he started eating. It was a pleasure to see Murphy leave the hospital and return to his dedicated and loving owners.”

Canine parvovirus is very contagious and spreads to dogs via contact with infected faeces or environment. The virus is resistant in the environment and can persist for more than a year if not appropriately disinfected.

Shaun said: “We got the next available flight home when our dog sitter told us about Murphy, and cut the holiday short. It was a surreal situation. I’m 6ft 3in and a big bloke but I was in bits!

“Andrea and Ben said Murphy had a very high strain of parvovirus and it was very rare to see a case this bad. He’s fully vaccinated, but there are rare cases when it can still infect dogs.

“If he hadn’t been vaccinated, there’s no way he would have survived. We’re just so grateful to everyone who’s cared for him and that he’s on the mend.”