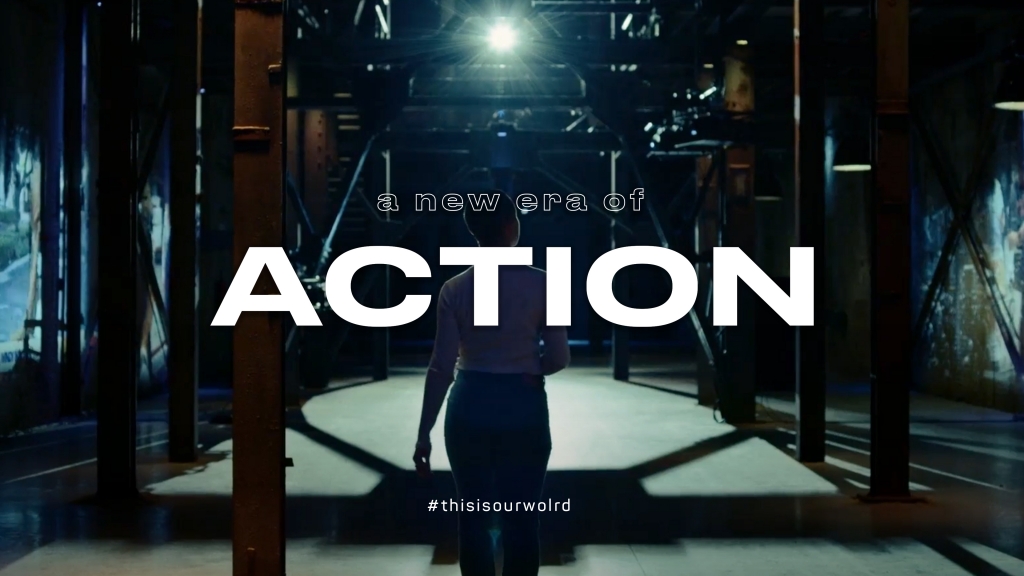 On February 15 2021, WaterBear launched its ambitious ‘Era of Action’ campaign, marked with a video that aims to mobilise its members to protect our planet.

Running until the end of the year, the campaign will see the pioneering content and documentary platform provide clear steps across its communication channels for members to take action each week. Actions will span driving petition signatures to support the Big Cat Public Safety Act; donations to specific NGO campaigns, educational and behavioural change suggestions to energise the environmental movement, and launching a global script writing competition with the Aegean Film Festival to mobilise youth generations, among many more.

Launched in December 2020 with the support of Prince Harry, Maisie Williams and Lily Cole, WaterBear Network is an innovative video on demand platform that is home to award-winning documentaries and inspirational original content - facilitating awareness, education and action. With content and curated documentaries inspired by the United Nations Sustainable Development Goals (SDGs), WaterBear members are able to stream video at any time, and on any device.

WaterBear Network and the Aegean Film Festival has launched a script writing competition running through 2021 to engage UK students from the ages of 13-24, encouraging them to submit short film script ideas and engaging stories about the world and the environment around them. The winner from each category will have their script turned into a film for WaterBear, to be shown at the Aegean Film Festival in 2022.

As part of the Era of Action campaign, the platform also announced an exciting selection of new solutions-focused content from their NGOs partners aimed at making action feel aspirational and inclusive:

* Synchronicity Earth’s ‘The Queen of Ecuador's Canopy’ - Primatologist Citlalli Morelos-Juarez leads a conservation project in the Ecuadorian region of the Choco rainforest; empowering local women to learn about sustainability to benefit their communities and the forest's delicate ecosystem.

WaterBear also revealed new partnerships with the E. O Wilson Foundation, Space for Giants, Break Free from Plastic Movement, Ocean Unite, The Leap and World Animal Protection with many more in the pipeline, taking their network of highly effective NGOs over 100.

2021 could be a major turning point in the protection of all life on Earth as the UN is hosting big decision making meetings on Biodiversity and Climate Change this year. The WaterBear community will be pushing for urgent action in the lead up to these key events through supporting international campaigns including the UN Race to Zero, Count Us In and the Global Deal for Nature.

Stephanie Sluka Brauer, Director of Global Funding, Space for Giants said, "If ever there was a moment calling for bold action, it is now as we write a new narrative of planetary health.  If we don't take action today, we continue to lose incredible natural landscapes and all the life they support - including our own. Once they are lost, we simply won't be able to get them back. All of us connected on WaterBear - conservationists, artists, photographers, filmmakers, scientists, entrepreneurs, travelers, technologists, students, friends from all walks of life - have the power to be regenerative as we build a more sustainable future. Only together can we ensure a #AHealthyEarth."

Jim Pettiward, Head of Communications at Synchronicity Earth said, “We are delighted to be working with WaterBear to showcase some of our amazing conservation partners around the world. Citlalli and the team at Tesoro Escondido Reserve are living proof that conservation works: there’s just not enough of it. 2020 shone a light on our connections - to each other and to the natural world - but at the same time, it showed that dramatic change and collective action is possible. Let’s make 2021 our New Era of Action - the year we start to change the stories we tell ourselves about our place in nature. Working with WaterBear, we’re committed to telling these stories and inspiring more people to spend more time acting to protect and restore the unique diversity of life on Earth that we all depend on.

Whitley Fund for Nature’s Director, Danni Parks said, “As Whitley Award winners show us, grassroots wildlife conservation can make a global impact. 2021 has been coined the ‘environmental super-year’ and we have a window of opportunity to reverse biodiversity loss and stop global warming, by transforming our scientific knowledge into on-the-ground action. The Whitley Fund for Nature is proud to be collaborating with WaterBear to inspire audiences to support charities, like WFN, that are making a tangible difference.”

Lisa Rose, WaterBear Head of Impact said: “As we emerge from the COVID crisis this year, we have the chance to ‘build back better’ and restore nature that we can’t afford to waste. WaterBear’s Era of Action campaign is designed to reach new audiences with compelling world-class storytelling and energise the sustainability movement with the motivation and tools for action that can truly make a difference”

Actor and activist Rainn Wilson is sitting down with WaterBear’s Head of Strategy Sam Sutaria for this month’s episode of ‘The Bear Hug’ - WaterBear’s podcast style interview series - to discuss climate risk in the Arctic.